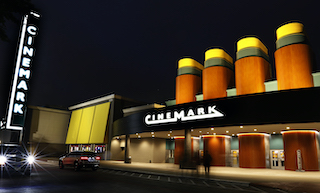 In a move that may offer some clues regarding the ways that exhibitors and streaming companies can work together effectively, Cinemark announced today that it will be showing Netflix’s Army of the Dead in both Cinemark XD and digital cinema auditoriums across its domestic circuit beginning May 14. Tickets are on sale now at Cinemark.com and on the Cinemark mobile app to watch the much-anticipated Zack Snyder film in theatres before it is available on Netflix on May 21.

“Cinemark is excited to work with Netflix on our first wide release and provide movie lovers the opportunity to see Army of the Dead in our theatres across the U.S.,” said Justin McDaniel, Cinemark senior vice president of global content strategy. “Zack Snyder fans will love seeing the action in an immersive, cinematic environment with larger-than-life sight and sound technology.”

“Following the success of our limited-run in-theatre tests with Cinemark for films like Ma Rainey’s Black Bottom, The Midnight Sky and The Christmas Chronicles 2, we are looking forward to the wider theatrical release of Army of the Dead,” said Spencer Klein, head of distribution at Netflix. “We are thrilled to offer consumers the opportunity to watch this highly anticipated film in theaters and on Netflix.”

Army of the Dead, starring Dave Bautista, Ella Purnell, Omari Hardwick, Ana de la Reguera, Theo Rossi, Matthias Schweighöfer, Nora Arnezeder, Hiroyuki Sanada, and Garret Dillahunt, Tig Notaro, Raúl Castillo, Huma Qureshi and Samantha Win, follows a group of mercenaries who travel to Las Vegas to pull off a casino heist during a zombie apocalypse. The film will hit Cinemark theatres on Friday, May 14, across the exhibitor’s domestic circuit prior to being available on Netflix beginning Friday, May 21. Cinemark and Netflix have worked together on limited releases that put multiple films on the big screen. While this is the first wide release of a Netflix film at Cinemark theatres, the companies anticipate there will be more to come.

Cinemark XD is the world’s No. 1 exhibitor Premium Large Format brand, and each auditorium boasts the theatre’s biggest screen, a projector capable of 35 trillion colors and custom surround sound that makes moviegoers feel part of the on-screen action.