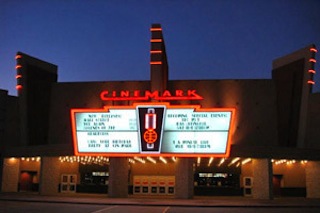 Barco has announced that its long-time customer Cinemark is the first exhibitor to purchase its new laser projector, which was unveiled at CinemaCon last week.

Cinemark is one of the world’s largest theater chains and a pioneer in implementing the latest digital cinema technologies. Last summer, Cinemark selected Barco’s Auro 11.1 immersive sound format for 150+ XD theaters. Now, with high frame rates and 3D currently at the forefront of premium cinema’s evolution, the exhibitor wanted to acquire a projector that could deliver the ideal combination of extreme color accuracy, sharpness and illumination to present movies with crystal clear image quality.

“With each new generation of cinema technology, Barco has continually raised the bar – first in image quality with their DLP Cinema projectors, followed by its acoustically perfect immersive sound, and now with laser-illumination for 3D movie presentation,” said Damian Wardle, senior vice president of global theatres technology & presentation at Cinemark. “Their keen approach to innovation is why we have partnered with Barco in our quest to deliver the most exciting cinema moments to our patrons all over the world.”

The company says that its Barco Laser3D system launched this month is the first of its type capable of showing 4K content at 60 fps and 3D movies in 4K-resolution at 60,000 lumens brightness. Because of its completely integrated design, all the lasers are housed within the projector itself as opposed to having lasers outside of the projector, which increases the optical efficiency and performance of the system. Barco’s laser projector is also unique in its ability to minimize speckle – even on a silver screen – eliminating the need for a mechanical screen-vibrating system to achieve the desired image quality. The projector also features Barco’s well-known modularity, which will ultimately allow for convenient retrofits of laser light engines to replace legacy illumination technology.

“Cinemark has been with us every step of the way as we’ve continuously innovated solutions to elevate the moviegoing experience, providing proof of our technologies as well as valuable insights into the user experience,” said Patrick Lee, vice president digital cinema for Barco North America. “Their adoption of our Barco Laser3D projection will further enhance their stellar reputation for top-notch cinema entertainment.”