CinemaCon 2021: On Streaming and Safe Harbors 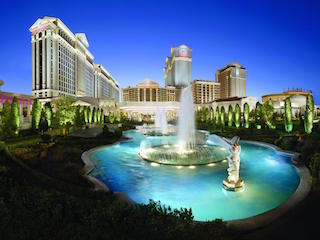 At Caesar’s Palace in Las Vegas, Nevada, on Tuesday, in his annual address to open CinemaCon 2021, John Fithian, president, and CEO of the National Association of Theatre Owners was cautiously upbeat and simultaneously defiant about the state of the exhibition business. He thanked a long list of organizations for their part in helping movie theatres survive the worst of the COVID-19 crisis and expressed the belief that, while “we have reached the light at the end of a very long tunnel” there is much more work to be done if the cinema business is to thrive. He emphasized what he and everyone who cares about the idea of seeing movies on the big screen believes to be true: “Simultaneous release does not work for anyone. A steady flow of strong movies released with exclusive windows is essential to exhibition’s recovery, and to the profitability of the entire movie ecosystem.” And it is a concept worth fighting for. To that end, he said, “NATO is working with the federal government on an antitrust safe harbor that would confirm the ability of exhibitors to come together as a group and sit down with distributors to chart this path forward in a manner that benefits everyone. The very future of the cinema depends on it.”

“Today,” said Fithian, “49 of 50 states in the U.S. have allowed movie theatres to open at 100 percent capacity, 80 percent of our patrons feel comfortable returning to the cinema now, half of the federal grants for our midsize and smaller domestic exhibitors have been awarded, many different state grant and tax relief programs have been offered to exhibitors of all sizes, movies are finally sticking to their release dates, and more and more of those movies have exclusive theatrical windows. 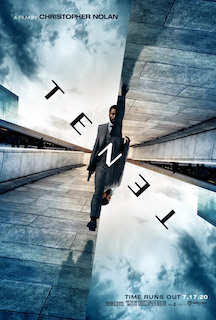 “Internationally, progress is also being made, though some territories are a few months behind the U.S., while others remain very challenged. In the important European sector, most major cinema markets have begun to reopen (for the second time during the pandemic!) and business is coming back. Asia has some strong spots and some still-challenged spots. Australian business has been decent, but recent outbreaks have caused some closures once again. Latin America remains a mixed territory, with some markets recovering and others still completely down. But between the open domestic and international markets there is enough business to sustain movie releases. And as vaccines continue to be rolled out the situation hopefully will continue to improve.

“Though the business will not go back to 2019 levels immediately, we are experiencing growing box office numbers in the Western world when we have movies people want to see. And moviegoers in China have demonstrated for many months that open and safe cinema markets recover strongly with good movies.

“So how did we survive those 16 months and prove the aphorism that ‘what doesn’t kill you makes you stronger’? How is it that we can gather once again in Vegas to learn, network, and celebrate the moviegoing experience? Well, we did it together. The NATO and CinemaCon staff joined with hundreds of member volunteers in daily crisis management of epic proportion. Never in my 30 years representing motion picture theatre operators have tasks so huge confronted our industry—true existential challenges. 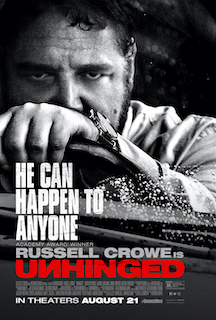 “First there was the closure of cinemas across the world and the resulting hardship to our industry’s passionate workforce. In the U.S. the Will Rogers Motion Picture Pioneers stepped up with an employee-relief grant program that helped thousands of workers. NATO and Sony each chipped in one million dollars. Lionsgate held a very cool fundraiser with Friday-evening films for the home. And we helped our employees. Then NATO supported legislation in Congress to provide federal supplemental unemployment compensation to furloughed workers. Exhibitor leaders internationally lobbied for similar programs in their territories. This is an industry that looks after its own people.

“Next, we needed to create a plan for the safe reopening of cinemas. A task force of members worked with NATO staff and two leading epidemiologists to develop CinemaSafe, a set of health and safety protocols.

“The CinemaSafe program gave our patrons confidence to come back to the cinema when they were allowed to open. The various NATO-affiliated regional units across the country worked tirelessly with NATO and CinemaSafe to convince state regulators that cinemas could be opened safely once more. CinemaSafe also helped us work with studios to get some movies into the marketplace. Warner Bros. and Christopher Nolan deserve high marks for Tenet, and so does Solstice Studios for releasing Unhinged.

“I applaud artists who refuse to accept the false narrative that movie theatres are a thing of the past and that the future will be one in which every movie is consumed at home. These leading creatives know better, and they are on the right side of history. Exclusive release periods remain vital to the survival and success of the theatrical experience.”

Fithian stressed the point that multiplexes are also good for other local businesses. He cited an Ernst and Young study commissioned by NATO that found that in 2019 in addition to the $18.3 billion in direct movie theatre revenue, people who went to nearby restaurants and retail stores before showtime contributed $5 billion to their local economies.

“This is a historic turning point for our industry,” he said. “We are about to enter an era of great experimentation that I believe will only bolster the importance of the big screen experience. Cinema is much more than a passive form of entertainment. It’s immersive and life changing. Cinema is not meant to exist on the same digital playing field as funny cat videos on YouTube, or endless TikTok scrolling.

“Release models and windows necessarily changed during the pandemic because distributors couldn’t get the same returns on exclusive theatrical releases. At the same time, those studios with streaming services got caught up in a battle for subscribers that led to some bad business models for the profitability of individual movies.”

Fithian concluded, “Coming out of the pandemic, these models must change again. Windows won’t go back to their pre-pandemic state. But they won’t continue in their pandemic model either. A new course that balances a robust period of exclusivity with the new in-home streaming ecosystem must be set for the survival of the moviegoing experience—and the art form preferred by most filmmakers.”