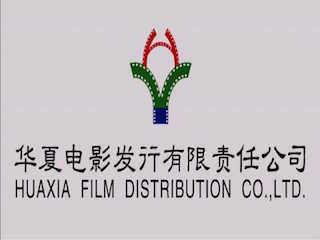 A highlight of this year’s CinemaCon, which wrapped up Thursday, April 4, at Caesars Palace in Las Vegas, was the announcement of the formation of the Cinity Cinema System, a joint effort between the Huaxia Film Distribution Company, Christie Digital Systems and GDC Technology to “develop, leverage and promote premium format movies driven by new, advanced configurations.” The announcement follows several years of debate in Hollywood and around the world regarding the best way to move forward with critical technology issues including high dynamic range, high frame rate, wide color gamut and immersive sound. Those issues were widely discussed at CinemaCon and we will have more to say about the show in the coming days. But the Cinity Cinema System announcement stands out because it feels like a watershed event. The question now is this: is Hollywood still the center of the motion picture industry or is that center shifting to China?

The companies behind the Cinity Cinema System have staked a leadership position in the future of motion pictures at a time when a leader has been sorely lacking. Hollywood has made it clear for some time that it has no interest in paying for any more advancements in cinema technology, while at the same time insisting that its subsidiary the Digital Cinema Initiative still makes the rules. That situation has contributed to the current chaotic state that everyone involved in motion pictures must deal with every day. That includes filmmakers, distributors, exhibitors and manufacturers.

“The industry has made some successful efforts in shooting and post-production of advanced-format movies, and developed some preliminary solutions,” said Fu Ruoqing, chairman of Huaxia Film, China’s number two film distributor. “At present, technical challenges along the industry chain are mostly linked to projection, with the application of HFR and other technologies as the bottleneck. By entering into strategic partnerships with Christie and GDC Technology, Huaxia Film will work closely with them to remove this bottleneck and develop the Cinity Cinema System, thus driving innovation and upgrading of the advanced-format movie industry with technological breakthroughs in the field of projection. By combining art with technology, we will deliver more forms of artistic presentation to the shooting and production processes to improve movie production, create a differentiated and high-end market, and keep movies alive and competitive.”

Advanced-format movies are an irresistible trend, he said. “From silent movies to the introduction of sound, black-and-white movies to color and 35-mm film to digital, each advancement in movie technologies accelerated the evolution and success of the industry. Upon completion from film to digitization across the world, movies are being further improved with modern, advanced technologies. The Cinity Cinema System from Huaxia Film will combine a variety of advanced technologies such as 4K, 3D, HFR, HDR, WCG and immersive sound to deliver the highest specifications and best possible movie presentation in the movie projection era.”

“For more than half a century, Christie’s business and technology innovations have led the industry, and with these announcements, we are proud to participate in the latest, seminal improvement to the film industry,” said Jack Kline, long-time chairperson, CEO and president, Christie. “Christie will provide world-class digital projection technologies and services for the Cinity Cinema System, which will allow cinemas to show commercial movies in a seamless advanced format encompassing 4K, 3D, 120fps HFR, HDR, WCG and Immersive Sound to deliver an unprecedented movie-viewing experience, to the delight of global audiences.”

To facilitate the adoption of the Cinity Cinema System, Huaxia Film will create a Cinity Film Lab to combine filming, post-production and distribution of superior, immersive film-viewing experiences. The company will invite various organizations and filmmakers around the world to participate in the construction of the lab as well as filmmaking. In addition, the company is planning to invest in the production of advanced-format movies and support related organizations, as well as teams to deliver superior advanced-format movies that exemplify profound thoughts, exquisite arts and sophisticated technologies, thus attracting more people to cinemas.

“GDC is committed to providing superior solutions for the global cinema chains,” said Dr. Man-Nang Chong, founder, chairman and CEO of GDC Technology Limited. “By working with Huaxia Film and Christie, we will launch advanced-format movies, their technologies and projection approaches across the world to promote exchanges of these films between different regions, and open a new channel for international cultural interactions and exchanges through these films. We are full of hope and expectations for this partnership.”