Cinema at a Crossroads 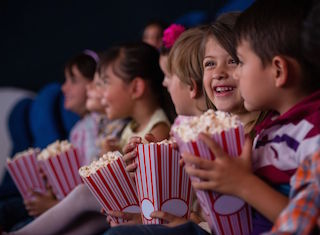 The COVID-19 pandemic, coupled with the social justice movement and a pause in filmmaking, has provided the movie industry and audiences alike with the rare opportunity to catch up to the evolution of the moviegoing experience. The industry is at a crossroads, and what is relevant to audiences has changed dramatically over the past several years; this shifting reality accelerated in 2020 and will undoubtedly influence moviegoer behavior and future storytelling. With the abrupt halt to movie production and the extended closure of cinemas, content creators and studios have been gifted the time and opportunity to pivot and ensure what is shown onscreen is reflective of society.

Last week, the Geena Davis Institute on Gender in Media at Mount Saint Mary’s University and Movio, a global leader in data analytics for the theatrical movie business, released a White Paper entitled, I Want To See Me: Why Diverse Onscreen Representation Drives Cinema Audiences. This analysis is the most comprehensive assessment of onscreen representation and moviegoers ever. The study reviewed two years of data on the top 100 films (by box office) and married it to audience demographics provided by Movio. The analysis revealed a correlation between representation onscreen and audience composition. The findings suggest that when people see themselves in the trailer and marketing materials for a film, they are more likely to go to the cinema because they know, perhaps subliminally, that they will be represented.

I had the opportunity to interview Movio’s chief executive and co-founder William Palmer, who has an important message for studios, content creators, and distributors as the movie industry pivots to a new normal. He cautions that if cinema is to remain relevant, it must attract diverse audiences by delivering more culturally representative content. I Want To See Me expands the diversity conversation and can become a catalyst for positive change, including revenue, as diverse films can make more money at the box office.

William Palmer: There are so many great movies that fail to find their audience. Studios are responsible for the marketing and advertising of the films they produce; yet the audience data needed to reach the ideal audience is held by the cinema exhibitor. Movio was founded to bridge the gap, providing a software platform that could identify and connect with the ideal audience for every film. Over the past nine years, we have analyzed 1.5 billion box office admissions, which has allowed Movio to build the world’s most comprehensive audience profiles for more than 5,000 movie titles.

Mary Ellen Holden: What does the I Want To See Me study prove?

WP: Our analysis shows that there is a correlation between the representation of demographic cohorts on- screen and their share of the total audience to a particular film. In other words, the ability of moviegoers to identify with the characters in a movie drives their moviegoing behavior.

Highlights of our findings include:

A higher percentage of characters of a given Race/Ethnicity onscreen results in a higher rate of moviegoers of the same Race/Ethnicity in the audience. This finding seems to be most apparent for the Black cohort

We did not see any evidence that the audience relationship is impacted by negative onscreen portrayals (criminal, lazy, sexually objectified)

Looking at representation among films that moviegoers are bringing their children to see, there is significant underrepresentation of Racial/Ethnic minorities in these storylines (Asian’s and Latinx being particularly underrepresented), relative to what we might expect given the prevalence of these groups in the overall US population

If we focus on gender, we see that both Male and Female leads are roughly evenly split in terms of onscreen representation for films with more child visits. However, it is worth noting there are still significant gender gaps when we consider supporting, minor and overall characters.

MEH: How does the Institute’s motto If They Can See It, They Can Be It apply to the research findings?

WP: Simply put, people want to see themselves reflected onscreen, and that really can drive their moviegoing behavior. Knowing that the desire to see yourself reflected onscreen is even more prevalent when we look at Race/Ethnicity cohorts this further strengthens the argument for more substantial diverse representation of characters onscreen. This becomes even more apparent when we consider films appealing to children.

There is a clear opportunity for more films aimed at a younger audience, to diversify the characters represented onscreen considering the power media has on influencing values and thoughts, especially children. We know that media, like cinema, influences not only how we view ourselves but also how others view us. Titles with diverse characters not only attract audiences of a relative cohort but can attract a wide range of moviegoers, which plays an important educational role but also provides an opportunity to see box office success.

MEH: Why launch the study now, amidst the pandemic?

WP: We believe this research carries even more weight considering the impact the pandemic has had on the cinema industry and the uncertainty it has created. Diverse audiences can go elsewhere to find entertainment options that speak to them and their lives. So, if cinema is to remain relevant and continue having a cultural impact, it must expand its offering to attract more diverse audiences by delivering more representative content.

MEH: Can you talk to us about the relevance of these findings for content creators and distributors?

WP: Clearly, there is a demand from audiences to see themselves represented onscreen. Content creators have the potential to write and cast films with actors that better represent the population, which has the potential to yield greater box office returns. Another approach could be to identify the diversity gaps in the slate of upcoming films and develop content that speaks to these underserved audiences.

MEH: What do you see as the future of cinema and moviegoing?

WP: Moviegoing is deeply ingrained in our culture, and despite the pandemic, I believe moviegoers will return to theatres provided content continues to be released in cinema first. To thrive, cinema exhibitors and studios will need to work together to optimize the total potential of every film. In my view, the missing opportunity is the sharing of data. If the film industry can employ data to design the optimal release model, which strikes the fine balance between cinemas need for exclusivity and studios need to maximize returns, we will see both parties’ benefit.