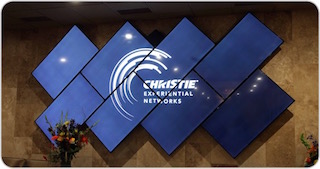 While Hollywood feature films continue to be the main revenue source for exhibitors, digital cinema technology has opened the doors to advertising revenue both in preshows on the big screen and, increasingly, on digital displays in the lobby. Katy Loria, chief revenue officer, Screenvision, is optimistic about the future for both advertising options.

“I do see double digit growth continuing for at least the next couple years,” said Loria, who is also wrapping up her second year as the president of the Cinema Advertising Council.

Most of the growth is coming from TV advertising budgets, Loria said. “Every conversation is about reallocation,” she said. “We’re asking people to change. We hear fewer and fewer negatives. I think we’re winning that battle.” A new initiative with Christie Digital Systems is expanding Screenvision’s advertising reach into the lobby. 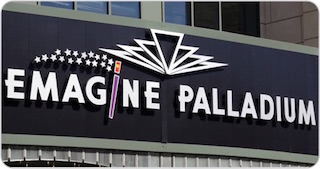 “Christie brings to Screenvision the ability to expand our overall advertising solution, by arming us with the means to deliver a whole new experience for advertisers to connect with moviegoers in the lobby, with more exciting, experiential wow factor capabilities, as soon as guests step into our exhibition partner’s venues,” said Darryl Schaffer, executive vice president, operations & exhibitor relations, Screenvision.

Christie Experiential Networks debuted in the lobby of Michigan-based Emagine Entertainment’s recently opened Emagine Palladium theatre in Birmingham, Michigan. The installation enhances an environment and advertising solution where on-screen advertising via the Screenvision broadcast delivery system and Christie Experiential Networks combine to provide an interactive, informative and entertaining guest experience, from the time moviegoers walk through the doors to when the closing credits roll. 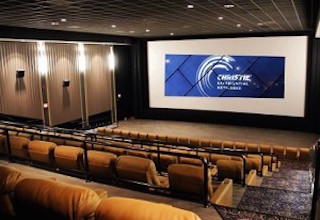 “Christie’s digital out-of-home network, delivering brilliant, crisp images and interactive technologies provide an excellent complement fashion for Screenvision to add even more impact to the highest impact medium by enhancing Screenvision’s effective and entertaining ads on the big screen, resulting in an overall experience that advertisers are also pleased to be associated with,” added Schaffer.

Kevin Romano, senior director, Christie Global Media Networks, noted that the Screenvision – Christie alliance has entered a new stage, building on mutually-enhancing technological and revenue-sharing agreements, to include logistics and creative development between the two companies.

“We are creating exciting destinations where consumers can respond to and interact with brands, exhibitor and studio promotions in the theater lobbies prior to and after experiencing the immersive, pre-show programming in the theater auditorium,” said Romano.

Christie Experiential Networks systems From the Street to the Screens range from complex, interactive, user-driven video walls, to projection mapping and multi-sided immersive environments. They create exciting destinations where consumers can respond to and interact with brands in the theater lobbies prior to experiencing Screenvision’s immersive Front and Center pre-show in the theater auditorium.