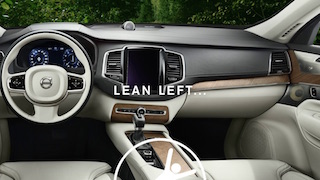 Screenvision has announced an innovative interactive advertising campaign that puts the spotlight on Volvo. This first-of-its-kind 90-second advertisement allows moviegoers to directly interact with the content on the big screen by using movement, and is now available in 100 Screenvision theatres.

The campaign builds off Volvo’s campaign tag — Our Idea of Luxury— and highlights the capabilities and features of the new Volvo XC90. The content will feature a virtual motion simulator using an on-screen motion indicator, and will include a sample of Volvo’s award-winning display.

The audience works together by waving their arms from side-to-side to control the vehicle. Collectively, they have the ability to control four elements: exploring the interior of the car, selecting music for the car ride, selecting a day or night drive, and controlling the acceleration of the car. 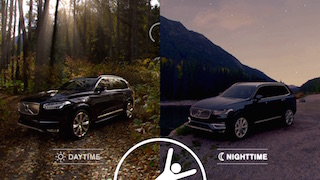 “We are enabling the audience to engage with content in a way that’s never been done before. It gives moviegoers a sense of what it feels like to sit in the driver’s seat and control the new Volvo XC90,” said Adam Cassels, chief marketing officer, Audience Entertainment. “This is a fun and unique advertising experience that can’t be replicated in other media environments.”

“The Screenvision and Audience Entertainment campaign allows movie goers to explore and connect with XC90 in an unique and interactive way,” said John Militello, director, marketing innovation & strategy, Volvo Cars North America. “This provides a richer experience than a simple video or picture advertisement, and is a more immersive way for people to experience Volvo.”

In the past seven years, Audience Entertainment has implemented its technology, which reads and reacts to audience movement, in movie theatres, arenas, stadiums and concert venues in eight countries and on four continents.

The Volvo campaign will run in theatres for a total of six weeks. The spot was created in collaboration with Grey Group and Mindshare.

The technology has opened new doors in advertising, alternative content, movie trailers and movies. Past clients include brands such as Coca Cola, Disney Cruise Lines, Nokia, Orange Mobile, Samsung, Sony, Volkswagon, and Volvo, among others.