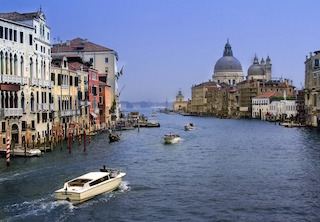 All cinemas across Europe – whatever their size or location – make significant contributions to cultural diversity, are essential to the commercial and cultural success of the European film industry and have a powerful social influence. Cinemas are creative meeting places that help stimulate dialogue on a range of important issues essential to Europe. Outside of the screening room, our members contribute to the wellbeing of local communities and facilitate urban regeneration and social cohesion.

The 30 000 cinema screens across the EU create awareness around and interest in national, European and international films, enabling nearly one billion visitors to discuss stories that entertain us, make us think and enable us to reflect on everyday life. Ninety six per cent of these screens are now digitized. The number of films screened in theatres has increased rapidly over the past 15 years, enabling operators to meet ever more diverse audience demands.

In a world where Europeans have a myriad of digital distractions available at their fingertips, the shared and exclusive experience of watching a film together on the big screen has become ever more important. This continued strength, and the popularity of cinema-going, are reflected in both admissions and box office trends across Europe. In 2015, admissions in the EU increased by 7.4 percent to 976 million tickets sold. Box office returns increased to € 7.3 billion. As the home entertainment sector continues to struggle – to some degree due to high levels of copyright infringement – cinema going remains the key pillar of the wider film economy. This strong performance of the sector in turn helps maintain hundreds of thousands of jobs for predominantly young people across urban as well as rural areas in all regions of Europe.

The theatrical success of films also helps drive their performance and audience awareness on other platforms. Growth in subsequent markets – including video on demand – can only develop on these strong foundations and should not come at the expense of theatrical exclusivity. With more than 1,600 films being made across the European Union each year, cinema operators stress the need for more audience-focused strategies in the European cinema sector. There is a need to strengthen efforts in both film distribution and cinema exhibition to create more audience awareness around national and European releases. 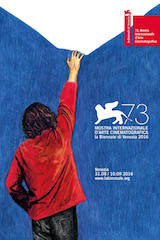 There is also an urgent need for an open dialogue with all industry stakeholders and film fund representatives around the reasons for further increasing film production levels, which does in our view not necessarily reflect audience demand nor the screening capacity of the cinema sector.

Cinema going across Europe has become an ever more engaging, diverse and immersive experience thanks to creative entrepreneurship and ongoing investments into innovation by cinema operators. European cinemas have invested massively to digitize their businesses. Over the past 10 years, operators across Europe – in partnership with film distributors and public film agencies – have invested more than € 1.5 billion in the digital conversion of their theatres. Digital technology has led to a paradigm shift across the cinema landscape. Innovations in sound and projection quality, more flexible and efficient operations and more sophisticated audience engagement strategies continue to transform the experience and attract increasing numbers of guests to our theatres.

These changes have led to a significant increase in the number of films screened in cinemas. The sector continues to embrace innovation and change. Operators of all sizes and locations are experimenting with a range of social media strategies, mobile apps, collaborative promotions and event formats to attract even more audiences. In the coming years, sophisticated tracking and analysis of customer behavior will become more essential. As cinema operators and their partners experiment and collaborate to further improve data analytics, an exciting opportunity arises for the promotion of local and European films, as well as for independent cinema operators, to use data-driven strategies to succeed. It is an opportunity that the European sector as well film agencies and the European Commission should carefully evaluate.

The experience inside the auditorium continues to be transformed also. Some operators invest in groundbreaking technologies – from immersive sound systems to extra-large screens – to provide an ever more immersive experience. Others have invested in new theatre designs, service concepts and seating upgrades to provide more comfort. While these efforts help the sector to confidently compete with the myriad of online entertainment that is on offer today, there are also risks attached to the on-going diversification in the sector.

Smaller and rural cinemas in particular lack the resources to invest in further upgrades and risk being left behind. There is an urgent need for increased information sharing around technological standards between all stakeholders in the cinema ecosystem to ensure that in the future all films can be screened in all types of theatres.

As the above – and hopefully the discussions during the European Film Forum in Venice – will show, cinema operators continue to experiment and innovate. From digital engagement to data analytics, from innovations in theatre design to new developments in presentation technology, the sector continues to change. Furthermore, as the sector faces the opportunity to engage with a new generation of film lovers all cinemas actively experiment with new youth engagement initiatives. 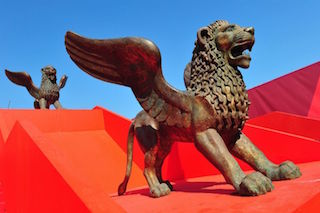 Cinemas across Europe – especially arthouse theatres – contribute massively to the discovery of new European talent and the preservation of the rich heritage of European film history. Especially cinemas with such diverse programming, face the challenge that most European and smaller independent films are usually not equipped with large marketing budgets and often lack nation-wide or indeed international release strategies. This makes strong efforts in programming and local marketing by exhibitors even more important. UNIC and the CICAE therefore strongly call upon the European Commission and on film agencies in all Member States to help ensure that the sector continues to thrive.

There are a wide variety of opportunities for collaboration and film agencies and the Commission can help cinema operators – especially smaller theatres and single screen cinemas – to further develop their capacity, to the benefit of all. At a time when European Union leaders are required to navigate a political landscape that is increasingly Euro-sceptic and influenced by major international and institutional challenges, it is essential that Europe takes the right approach to culture and cinema. Cinema – and the arts and cultural and creative sectors in general – can play a key role in re-establishing a positive and forward-looking narrative for the European project, at the same time strengthening cultural diversity, social cohesion and economic development across all Member States.

Perhaps counter-intuitively for some, the EU’s approach around a range of legislative proposals – including attempts to mandate more cross-border access to European works, in our view, has to be distinctively more hands-off if the sector is to take its own decisions and thrive. At the same time, European support for the cinema sector through the Creative Europe MEDIA program, better co-ordination with national policy-makers and film agencies, the fairer involvement of new online stakeholders in the cinema ecosystem, as well as much stronger efforts in the fight against copyright infringement – are all absolutely essential.

In this context, the Europa Cinemas network is a flagship initiative of European cultural policy-making and should be further strengthened. The 25th anniversary of the Creative Europe MEDIA program marks an important occasion to celebrate Europe's achievements in promoting non-national European films across the EU and in fostering cultural dialogue. More specifically, UNIC and the CICAE call upon the European institutions to:

Stop ill-advised support projects for synchronous theatrical and video on demand releases, not least given the weak evidence that such projects yield any positive results for the wider industry, and in return recognize the value of exclusive release periods in cinemas

Prevent the application of the Country of Origin Principle enshrined in the Satellite and Cable Directive to online services, as this could seriously harm theatrical exclusivity in certain territories

UNIC and the CICAE look forward to continuing to collaborate with the European Commission, the European Parliament and all EU Member States to ensure that the European strategy for film and cinema is of the greatest benefit for European audiences and the European cinema sector.