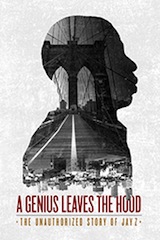 Cinedigm and Moguldom Studios have entered into a multi-year, multi-picture deal for Moguldom’s slate of independent films, which explore stories related to the modern, pop culture experience. The deal provides for no less than 10 new films per year. Additionally, Cinedigm has acquired the distribution rights to seven catalog titles from the Moguldom Studios’ library. Cinedigm will have certain US distribution rights to the films, including digital, television, and physical home entertainment.

Moguldom Studios is a production company for the next generation, creating independent documentary films that are branded as ‘Docutainment.’  Docutainment captures the intersection of reality and traditional storytelling techniques in order to take a unique and objective look at the modern, pop culture experience.

“With its Docutainment slate, Moguldom Studios is taking on controversial and often taboo topics in a frank, entertaining and no-holds barred manner,” said Yolanda Macias, Cinedigm’s executive vice president of Acquisitions. “We are proud to partner with Moguldom to bring these films to audiences eager for stories that speak to and reflect not only the African American community but our increasingly cross-cultural society as a whole."

“We are very excited to partner with Cinedigm. They are the nation’s premier distributor of independent films, and we know that our partnership with them will allow our films to be consumed by the masses. These are important topics and the more people that are able to join the debate, the better,” said Brett Dismuke, President of Moguldom Entertainment.

The deal was brokered between Brett Dismuke, president of Moguldom Entertainment and Melody Fowler, Cinedigm’s director of acquisitions. Moguldom Studios films covered in the distribution deal include:

A Genius Leaves The Hood: The Unauthorized Story of Jay Z

The extraordinary story of how a young hustler from the projects used the same principles to break into corporate America.

Exploring the stories of children affected by gun violence in Chicago.

The prophets for profit. Examining financial corruption of the black church.

Bottoms Up: Rise of the Backside

The sexual celebration, exploitation and degradation of women’s most treasured and exalted asset: the almighty butt.

Gain insight into the single mother phenomenon in the African American community.

When The Checks Stop Coming In

Find out how the IRS, bad contracts and extravagance got these celebrities into financial trouble, and hear what advice they would give to other people and celebrities on the rise to stardom.

Explore the impact that African Americans have had on art, culture, technology and more. But if the African American community is the cultural architect, why are they still outside the building begging to get in?

Knifed Up: The Evolution of Cosmetic Surgery

Get the backstory on the everyday girl who’s hoping for plastic perfection by tapping into the $11.8 billion cosmetic procedure of breast lifts, nose-reshaping, fat injection, liposuction, tummy tucks, facelifts and Botox.

Does Obama get disrespected because of his race or does every President endure this as part of the job?

Laugh with subjects taken from the most popular Bossip content while following black comedians’ lives and performances.

From Scandal to Being Mary Jane, the phenomenon of sidepieces (male or female) has become an accepted occurrence in our society.

A film that examines the glorification of recreational drugs throughout all aspects of the entertainment business.

Explore the events that took place in the Eddie Long fiasco and touch base on the sensitive subjects of homophobia, sexuality and hiding within the black church.

The downside of US urban culture is examined in the brutall -honest expose about “keeping it real” gone wrong.

Where is the Love?

An exploration of the notion that Black women in America have the most difficult time finding love.