Now in its 39th year the Toronto International Film Festival is the world’s largest and most acclaimed public film festival. This year the Festival will screen 392 features and 139 world premieres from 79 countries.  The Festival will be held September 4-14.

“In the short span of a decade, nearly 100 percent of Festival screenings have gone from traditional film to digital, reflecting a global technological revolution that has transformed the filmmaking world,” said Diane Cappelletto, TIFF’s director of technical production services. “Christie’s increasing presence throughout the Festival as the official digital projection partner has been instrumental in helping us meet the evolving needs of filmmakers by keeping pace with the speed of these changes.”

Christie is also supporting TIFF’s inaugural Festival Street initiative, September 4-7, during which King Street West will be transformed into a pedestrian playground. The event will feature live music, a pop-up show, food trucks, and art installations.  A Christie Roadster HD20K projector will illuminate the Rdio Music Zone and the Steve and Rashmi Gupta Family Stage, where high-energy performances will entertain the crowd. A full list of performers and more details can be found on TIFF’s website.

Trumbull will demonstrate the power of 3D 4K 120 frames per second projection by presenting his groundbreaking short film, UFOTOG, on a Christie Mirage 4K projector. This film originally premiered in May at the Seattle Cinerama Theater's 2nd Annual Sci-Fi Film Festival using the Christie Mirage 4K, the world's first and only 4K DLP resolution projector running at a true 120Hz.

"With Christie's unswerving support, I have been able to explore an emerging new and immersive cinematic experience that is made possible via 3D 4K at 120 fps. The screen seems to disappear, becoming a reality window, which offers a powerfully emotive new relationship between viewers and the movie. As a writer/director this offers an exciting new challenge and opportunity to substantially improve and differentiate the cinema experience, bringing back a sense of awe and spectacle that is not possible with conventional 24 fps 2K," said Trumbull. 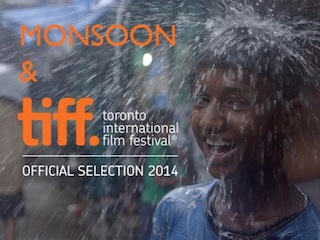 “Christie continues to set the new standard for uncompromising image fidelity, brightness, and resolution, allowing filmmakers to share their visions with audiences in ways they never could before,” said Kathryn Cress, vice president of global and corporate marketing at Christie. “We considered it an honor to be a trusted digital projection partner of the Festival, providing our acclaimed 4K technology to help convey the stunning power of entries like Monsoon, which offer compelling and emotional visual experiences that only true 4K technology can deliver.”

Vividly shot in 4K, Sturla Gunnarsson’s Monsoon is a powerful and emotional reflection on the devastating rains that descend upon India, and their chaotic yet necessary impact on the country’s agriculture, economy, and lives of the people.  In addition to screening the film in 4K, Christie will also be powering some of this year’s other buzz-worthy selections. Among these is an account of the Pink Floyd front man’s continent-crossing concert tour of The Wall Live Tour with film Roger Waters the Wall, directed by Roger Waters and Sean Evans.

“The Festival offers an unparalleled opportunity for both established and emerging artists to bring their vision to a world stage,” said John Hallman, Christie’s director of Canadian sales. “With 4K-resolution becoming the new standard in digital cinema, Christie screenings at the Festival are as close to realizing filmmakers’ vision as one can imagine, offering the brightest and sharpest images in the industry.”

Around the globe, Christie’s digital projection sponsorships include Cannes, the British Film Institute and the prestigious Shanghai International Film Festival, where a Christie 4K projection system screened the fully restored classic Chinese film, Stage Sisters, revealing the film’s finer details that were not visible prior to 4K.

Learn more about Christie's involvement with the Festival at www.christiedigital.com/TIFF14.