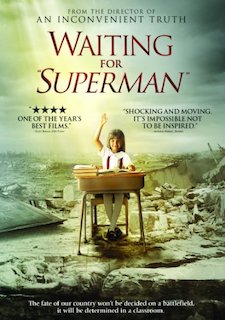 Christie Marchese is the founder of Picture Motion, where she led a team that’s involved in developing grassroots marketing and social action campaigns for films. Since its launch in 2012, Picture Motion has run campaigns for more than 150 feature and short films. Prior to launching Picture Motion, Marchese served as director of social action at Righteous Pictures and led digital strategy for the social action team at Participant Media, managing campaigns for Waiting for Superman, Food Inc, and The Cove among others. Prior to her career in film, Marchese ran digital strategy for Norman Lear’s nonprofit, Declare Yourself, and spent time at Human Rights Watch and the International Rescue Committee. Today she shares her experiences in utilizing film and storytelling to mobilize change, by presenting at film festivals and conferences, including Sundance, South-by-Southwest, and the Toronto International Film Festival, and for the Peruvian and Pakistani Governments. She has also served as a contributing writer for Mashable and The Huffington Post. Last year she launched the social cinema platform Kinema with $2 million in seed funding from key investors, including Kindred Ventures, Lupa System, Galaxy Interactive and I2BF Global Ventures. I recently spoke with Marchese via email about this latest venture and what she means by social cinema.

Digital Cinema Report: In January 2020, you founded another company: Kinema. What was the impetus for that?

Christie Marchese: The actual filmmaking process, and the escapism of film has always drawn me to the media and entertainment industry. Even as a kid, I found myself making and editing films, whether it be working at my high school’s television station or recording and uploading my own YouTube videos. But I guess that’s not too uncommon for someone growing up right outside of Los Angeles.

With my background in the industry, it was not a far leap to Kinema. After graduating from college and working for a while, I started my own film marketing and impact agency, Picture Motion, where we managed impact campaigns for social issue films, working directly with filmmakers, distributors, studios and streamers. During my time with Picture Motion, there were trends we started to see emerging with distribution. Distribution was changing. Independent films were struggling to get a theatrical distributor and on top of that, we saw theatres starting to close (long before COVID-19).

After seeing the trends that were emerging for independent filmmakers, I knew that I wanted to make a platform that could specifically address these issues, and that’s where Kinema was born. 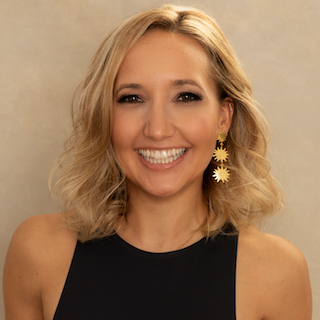 DCR: How, if at all, do Picture Motion and Kinema interact?

CM: At Kinema, we’ve created an operating system for filmmakers to manage their non-theatrical exhibition – aka screening tours – both online and offline. We're continuing to build our tech platform and grow relationships with screenings hosts to support filmmakers in reaching audiences everywhere.  Our mission is to make it as easy, as fun, and as both financially and socially rewarding as possible for anyone, anywhere to host screenings.

It was during my nine years at Picture Motion that we saw the opportunity to apply connective and collective viewing tech to grassroots screenings tours. As an impact agency, Picture Motion will continue to focus on impact campaigns for films that were intended to make progessive change. At Kinema, we are working with all different types of films from various genres, and studios and filmmakers. We’re of course, keeping the door open and are excited to be a distribution partner for some of Picture Motion’s campaigns.

DCR: You describe Kinema as social cinema. How do you define social cinema and how does what you do differ from other platforms that offer independent films to a global audience?

CM: To me, social cinema is human-centered distribution. It starts with an individual and extends to their community. A pastor with a church, an influencer with a following, and activist with a mission. All leveraging the magic of moviegoing within their spaces - online and off - to build community and connection. Social cinema means making the movie-going experience more community based with additional social aspects.

This is what sets us apart. You can be watching a film with 20 members of a community you’re a part of – yoga studio, art museum, church – or 500 people from all over the world who share a common interest. Kinema is bringing people together through both our virtual and in-person hostings, live chat feature and frequent Q&As following our screenings.

Kinema also has a unique mission. We want to uplift the voices of independent filmmakers who are telling stories from around the world with varied perspectives. Think global stories, locally shown. 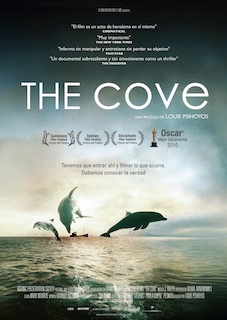 DCR: I’ve been told that you believe that social cinema is the next frontier of film exhibition and that it will challenge the industry to innovate in unexpected ways in the months ahead.

CM: The current conversations provide binary options: Watching with hundreds of strangers in a movie theatre or alone on your computer at home. There’s a middle ground that no one is exploring.  Most of us have had the experience of waiting in line at a theatre for a midnight showing of a new film. But maybe it does not have to be that way anymore. Perhaps screenings can happen in our favorite yoga studio. Or our church. Or the mall parking lot. With social cinema, these are all real options. It’s also about who you’re watching with and how you connect before and after - and sometimes during. Not just about the facilities or the screen size.

DCR: How does Kinema work for filmmakers?

CM: Kinema expands the reach of the film marketing and distribution industry by enabling filmmakers to take advantage of a platform that enables a social and immersive cinematic experience. Our mission is to offer filmmakers the ability to create a unique cinematic experience that can be tailored to reach communities everywhere. Consider us a pertinent resource to filmmakers – providing a new way of digital distribution, marketing, and monetization through access, revenue and control.

DCR: How does it work for moviegoers?

CM: Moviegoers get to watch great films with people they have something in common with, either in person at a local venue or in our virtual Kinema. You will most likely get an invite from someone you know, but you can also head to Kinema.com/Discover and see what public events you can join.

Loneliness is a real problem, not just for the older adult population but it’s becoming increasingly difficult for young people to develop meaningful friendships. And everyone appreciates a good story, a great film. So, we’re supporting entrepreneurs and community leaders who want to create social events out of watching them. Whether you know everyone in your Kinema room, or just have a common interest that brought you there, or you're joining one of our hosts public events, as a moviegoer you will also get some human connection while watching a film. 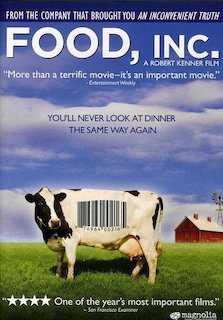 DCR: What, if any, relationships do you have with traditional movie theatres? Should they see you as a threat?

CM: I love movie theatres. I worked at one in high school, and I often pop into the Angelika in my neighborhood. Kinema has grown out of my love of the theatrical experience: shared viewing, communicable reactions, and a live experience with no distractions.

Kinema is not competitive, we are additive. We built the platform so we could geo-block bookings and protect a film’s theatrical release. Meaning if your film is playing in cinemas in NYC, LA and Chicago, then our hosts in NYC LA and Chicago cannot book it.

We also want to champion traditional movie theatres. Kinema’s mission is threefold: 1) to enable unique cinematic experiences tailored to communities everywhere. 2) to eliminate cinema deserts by giving more people access to engaging films and 3) to serve as a resource to filmmakers and distributors by giving them options to distribute, market and make a living from their films.

CM: Kinema participated in the Tribeca Film Festival earlier this year. How were you involved?

Our participation this year was purely enjoyment and connection. I was so impressed with the outdoor setup. I saw a film almost every night of the festival. Even with the socially distanced seating you could feel the energy of the audience and the city around the film.

At Kinema, we’re all about fostering connections. So, we considered this year’s Tribeca Film Festival to be a vital time to reconnect with those folks in the industry who have helped keep the spirit of cinema alive during what was a tough year for many. To show our appreciation to those in the industry, we hosted an afternoon outdoor patio party to provide our film friends with the opportunity to mingle and reconnect – in person – before venturing off to catch a flick at the festival.

Next year we would love to be a venue partner for Tribeca, and other festivals as well.

DCR: What’s next for Kinema?

CM: Simply put? To bring cinematic experiences to life in communities everywhere. We believe in the magic of storytelling, in the art of the cinematic experience. We want to amplify it, to enable global storytellers to connect with global audiences. But more importantly, create a model in which more people can benefit financially. Success for me is seeing more pastors, soccer dads, gig economy workers and yoga instructors becoming the independent film curators of their neighborhood.