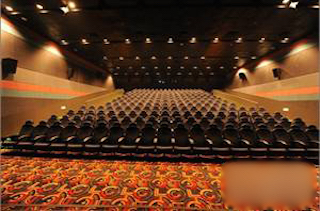 Located in Xi’an, the capital city of Shaanxi Province, in the recently opened CityOn Xi’an shopping mall in the heart of the city’s new Central Business District and administrative center, the Xi’an Oscar CityOn International Cinema has nine halls, including a premium large screen auditorium fitted with a 24.2-meter wide screen – the largest in Xi’an. It is the first cinema in central China to be equipped with the Christie CP42LH 3DLP 4K RGB laser projection system.

“The Christie CP42LH has redefined the cinematic experience by achieving the highest in brightness and the most realistic color reproduction, and we’re thrilled to have Christie’s most advanced laser projection system installed in our auditorium housing the largest screen in Xi’an,” said Yinan Zhao, technical director, Xi’an Oscar CityOn International Cinema. “The level of 3D brightness, reinforced color spectrum and an extraordinary contrast ratio offered by Christie’s 6P laser has been highly impressive. Movie-goers who attended screenings in our large screen auditorium have also told us that this is the best movie projection that they have ever seen; the amount of detail that’s visible in the picture is simply astounding.” 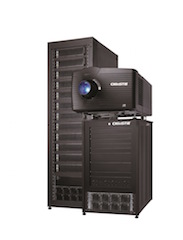 “As an exhibitor with more than 10 years of professional experience, we are constantly in pursuit of the best visual quality as we believe that this is the ‘soul’ of filmmaking. We’re confident that this 6P laser projection system can offer the best movie-viewing experience to our customers, and are hopeful that movie-goers in Xi’an will enjoy a spectacular and highly immersive 3D cinematic experience with this top-of-the-range laser projection system, which seeks to set a new benchmark in 3D movie-viewing experience in Shaanxi Province,” added Zhao.

Jason Pei, deputy general manager, Christie China, added, “We’re very pleased that Xi’an Oscar CityOn International Cinema has chosen our 6P laser projection system as its next-generation digital projection technology, which has been proven time and again as the perfect option for premium large format theaters looking to set themselves apart from the competition, and to offer their audiences a truly unforgettable cinema experience. At the same time, it also provides confidence to cinema exhibitors in terms of performance and reliability.”

Lin Yu, vice president, Christie Asia Pacific said, “I congratulate Xi’an Oscar CityOn International Cinema on the opening of its large screen auditorium in Xi’an, which features our first 6P laser projection system to be installed in central China. This is a milestone for Christie as we are making headway in expanding our RGB laser projection footprint beyond first-tier cities. We look forward to seeing more exhibitors installing our most advanced laser projection system in their premium large format theaters in more theaters across China.”

Anchored by the Christie Freedom laser illumination system, the CP42LH produces a color gamut that exceeds the DCI P3 color and replicates the Rec. 2020 space, making it the most advanced RGB laser cinema projection system available on the market. It consists of rack-mounted laser modules where each module can produce up to 5,500 lumens of white light. Because of the scalability of this platform, up to 12 laser modules can be easily added, removed, activated or disabled depending on brightness requirements. This provides up to 62,000 lumens per rack. Each laser module is also independently cooled, providing built-in fault protection, improved efficiency and reliability.

Since its rollout in 2014, Christie’s RGB laser projection system is the preferred choice for a premium 3D cinema experience in a number of cinema chains around the world. In Asia, theaters equipped with Christie laser projection technology include Tongzhou Wanda Cinema in Beijing, the iconic Shanghai Film Art Center, and SM Seaside City in Cebu, the Philippines. More RGB laser installations are scheduled in the region in the coming months.