Changing the Look of The Chi 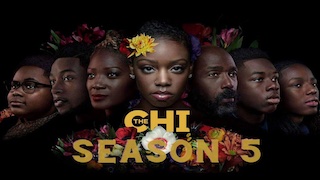 After a grim and gritty fourth season, the Showtime series The Chi returned to its more optimistic roots for Season 5, changing not only the tone of its stories but also the palette of its visuals. To finalize this look, Season 5 cinematographer Nathan Ray Salter collaborated with Light Iron colorist Katie Jordan, who had also graded Season 4.

Jordan recalled, “Last season, we went very dark and desaturated, but this season we scaled that back a little bit. We found a really nice, sweet spot between dark and cool and natural.”

Jordan’s work on Season 5 began during preproduction, when she met with Salter and director and supervising producer Nancy C. Mejía over Zoom to discuss their creative vision. Both Salter and Mejía wanted to renew the show’s hopeful bent, in line with the scripts that had been written. “They both liked the last season, but Seasons 3 and earlier were more punchy and they just wanted to bring back some of the warmth and brightness,” Jordan said.

Out of those initial discussions, Jordan made the filmmakers a shooting look up table that could be used during production, providing a preliminary color pass the filmmakers could see on set and in their dailies. “It’s helpful to have that handshake with the final colorist before shooting starts and to get the LUT set up before dailies,” Jordan said. “Then, when they’re on set, they can make decisions knowing what their starting place will look like when we do the final color.”

For his camera package, Salter worked with Panavision Chicago, selecting Panavised Arri Alexa Mini LF bodies that he paired with Panaspeed optics. With the Alexa sensor in mind, Jordan designed a show LUT that “kept the look more cinematic like Season 4, with nice skin tones, and added a bit of desaturation and reduced the green skew that the Alexa is prone to. ßWe refrained from being too heavy-handed with the LUT so there would be the latitude to do some scenes brighter and happier.”

The filmmakers used the shooting LUT throughout principal photography for the season, which marked the biggest project to date in Salter’s career as a director of photography. “Nathan shot all 10 episodes this season, and he did such a great job,” Jordan said. “His work was effortless. Scene-to-scene and shot-to-shot, it was very cohesive even before I did anything.”

Jordan began her initial pass on the final grade while principal photography was still ongoing, [and] before meeting with Salter and Mejía. Then, once production had wrapped, the filmmakers came into Light Iron’s Los Angeles facility to supervise the completion of the grade, collaborating remotely with Jordan, who works out of Light Iron’s New York location. “After COVID, this is the new normal,” she said. “My signal went to my monitor here in New York, and simultaneously L.A. received it and sent it to an identical monitor. So instead of being in the same room looking at the exact same screen, we were looking at identical monitors in different rooms, in different cities.”

“We were all on the same page early on,” Jordan recalled. The final grade, she said, “was more about bouncing shot-to-shot and making little changes like balancing out smoke, but we didn't do anything too aggressive. You just get more specific with the variables.” 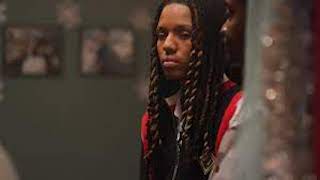 The Chi required deliverables in high dynamic range and standard dynamic range, so Jordan mastered for both via a Dolby Vision workflow while using FilmLight’s Baselight color-grading system. “Especially in HDR, I made sure the highlights were always very soft so there wasn't anything super poppy,” she explained. “One selling point with HDR is you can see into the highlights, but that doesn’t always add to the look — you might end up seeing a tree in the top right corner that has nothing to do with the scene and no one was thinking about when they were shooting it. So, we often smoothed the highlights to get rid of the details as a creative choice. They would be warm and blooming, but you’re not distracted by whatever’s outside the window.”

One minor adjustment that was unique to Season 5 was that Jordan would darken the upper reaches of shots and then feather the grading downward so the change wouldn’t be noticed. “If there was a big, open, bright room, we started doing these grades from the top down to give the shot a cozier, more intimate feeling,” she said. “This became one of our go-to tweaks, and I started to anticipate when the filmmakers would want it. It helped center your eye on the main focus of the shot so you wouldn’t be distracted by anything at the top of the frame.”

The subtlety of the technique is indicative of Jordan’s overall approach to the series. “Even though my job is to give something a look, I never want the audience to be aware that I’ve done something,” she said.

Looking back over Season 5’s 10 episodes, Jordan is proud of the work she and her collaborators brought to the screen.

“It looks really nice and having a cohesive look for 10 hours of TV is always an accomplishment,” she said. “There’s also a level of authenticity in the show that shines lights on storylines we don’t always see on mainstream TV. There are LGBT storylines and, of course, most of the cast is Black. It’s an important show, and I’m happy to have my name on it and help get it out.”