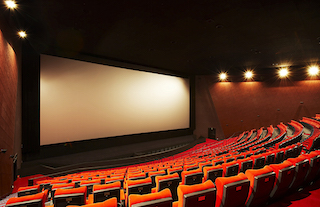 Located in the upmarket Haeundae district, CGV Centum City comprises eight auditoriums, including the premium Starium auditorium fitted with 381 deluxe seats and a massive 27-meter wide screen – the largest in Busan. This is CGV’s third large-screen theater in South Korea to be equipped with Christie’s RGB laser projection system following the installation at the flagship CGV Starium and SphereX CGV Youngdeungpo in Seoul in October and December 2015 respectively.

“Ever since the first Christie RGB laser projection system was installed at CGV Starium in Seoul last October, we have been very pleased with the results. The Christie CP42LH has redefined the cinematic experience by achieving the highest in brightness and the most realistic color reproduction,” said Nochan Park, senior manager, Cinema Technology Team, CGV. “This is the future of digital cinema and we are delighted to introduce this innovative technology to our largest screen in Busan. We are confident that movie-goers at CGV Centum City will enjoy a spectacular and highly immersive 3D cinematic experience with this top-of-the-range laser projection system.”

Henry Khang, general manager, Christie Korea said, “We’re heartened that CGV has continued to place its trust in our pioneering RGB laser projection system, which has effectively demonstrated how 3D light levels, color fidelity, image uniformity, viewing comfort, and a sense of immersion can be greatly improved. The result is an unmatched cinematic presentation that not only fascinates movie-goers, but also provides confidence to cinema exhibitors in terms of performance and reliability.”

Lin Yu, vice president, Christie Asia Pacific said, “I would like to thank CGV for the confidence placed in our RGB laser projection system to deliver an unparalleled laser projection and viewing experience in premium large format theaters. Our RGB laser architecture has continually demonstrated the capability to provide incredible brightness, a reinforced color spectrum and an extraordinary contrast ratio that significantly improves the efficiency of 3D projection systems. We look forward to seeing more exhibitors installing them in their premium large format theaters across the region.”

Since its rollout in 2014, Christie’s RGB laser projection system is the preferred choice for a premium 3D cinema experience in a number of cinema chains around the world. In Asia, theaters equipped with Christie laser projection technology include Tongzhou Wanda Cinema in Beijing, the iconic Shanghai Film Art Center, and SM Seaside City in Cebu, the Philippines. More RGB laser installations are scheduled in the region in the coming months.