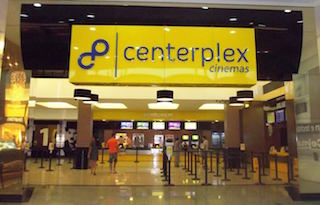 Centerplex Cinemas, one of the largest motion picture exhibitors in Brazil, has announced that it plans to deliver Dolby Atmos immersive audio to 10 screens throughout Brazil. In addition, Centerplex will deploy several Dolby IMS3000 integrated media servers, Dolby multichannel amplifiers and SLS 3-Axis Speakers across its circuit, becoming the first exhibitor in Brazil to install the latest Dolby technology. Plans call for the installation to be completed by the end of 2018.

“At Centerplex, we believe in using the most revolutionary and state-of-the-art technologies to ensure patrons are fully immersed in the story unfolding on screen,” said Centerplex CEO Marcio Eli. “With these new offerings, it is now easier and more cost effective to deploy Dolby Atmos and upgrade our screens with the latest image and sound capabilities, which aligns with our mission to deliver the ultimate movie going experience.”

“Dolby looks forward to working with Centerplex to integrate the latest audio and imaging technology with the Dolby IMS3000, Multichannel Amplifier and SLS loudspeakers to our cinemas in Brazil,” said Jed Harmsen, senior director, cinema products, Dolby Laboratories. “With Dolby Atmos, the audience is no longer just watching a movie; they are experiencing it, and we are confident that moviegoers will continue to seek out the extraordinary experience that only Dolby delivers.”

The new Dolby IMS3000 delivers reliability and enables Centerplex to show movies with superior sound. The solution also offers flexibility with sound as Centerplex can start with Dolby Audio 5.1 or 7.1 sound now, and unlock the power of Dolby Atmos later across its circuit. The Dolby Multichannel Amplifier can replace up to 16 stereo amplifiers, using less space and producing less heat, to lower overall costs. The new SLS 3-Axis Speaker delivers exceptionally clear and powerful sound in a small, light package that is easy to install, including overhead. Each spherical speaker can be mounted in the ceiling or wall, and is easily adjusted for pan, tilt, and rotation.