The Catalyst Awards for NAB 2015 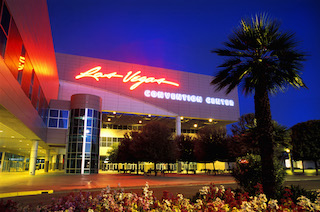 Every April during the National Association of Broadcasters convention in Las Vegas hundreds of companies presents thousands of ideas of ways to improve the motion picture production process. These ideas are packaged in hardware and software of all shapes and sizes. The best of them offer ways to make the task of bringing picture and sound to the screen easier, faster or less expensive. Some promise all three. But the best of the best do even more. These truly groundbreaking breakthroughs don’t simply improve the process; they point to a different way of doing things. Some people call these developments disruptive and often that’s true. But they catch on as people see the value of the concept, regardless of the cost and in a very short time it becomes the way everyone works. These are the ideas that merit a Digital Cinema Report Catalyst Award.

The single overriding idea that truly caught fire at this NAB was the concept of working in high dynamic range imaging. Over the years the amount of light and color information that digital cinema camera sensors can record has increased dramatically. The challenge then fell to others to develop products that could readily process, edit and display these more complex images.

Here are five outstandstanding examples of how that challenge is being addressed. Here are Digital Cinema Report’s Catalyst Award winners for NAB 2015.

The Academy of Motion Picture Arts and Science released version 1.0 of the Academy Color Encoding System (ACES), the first production-ready release of the system, the result of more than 10 years of research, testing and field trials. It includes support for a wide variety of digital and film-based production workflows, visual effects, animation and archiving. ACES is a free, open, device-independent color management and image interchange system that can be applied to almost any current or future workflow. It was developed by hundreds of the industry’s top scientists, engineers and end users, working together under the auspices of the Academy.

This effort, though farm from an NAB surprise, represents one of the biggest advances in production and post-production ever.

ACES 1.0 promises to be the industry standard for managing color throughout the life cycle of a motion picture or television production. It also represents a large step toward making production in high dynamic range a reality. From image capture through editing, VFX, mastering, public presentation, archiving and future remastering, ACES ensures a consistent color experience that preserves the filmmaker’s creative vision. In addition to the creative benefits, ACES addresses and solves a number of significant production, post-production and archiving problems that have arisen with the increasing variety of digital cameras and formats in use, as well as the surge in the number of productions that rely on worldwide collaboration using shared digital image files.

ACES 1.0 solves numerous integration challenges by enabling consistent, high-quality color management from production to distribution.  It provides digital image encoding and other specifications that preserve the latitude and color range of the original imagery, allowing the highest-quality images possible from the cameras and processes used. Equally important, ACES 1.0 establishes a common standard so deliverables can be efficiently and predictably created and preserved. ACES 1.0 enables filmmakers to manage the look of a production today and into the future.

Archimedia unveiled the Iris Media Intelligence family of products for interactive quality control, review, and validation of any media, timed text, or metadata file in a file-based workflow. Iris products work with Archimedia’s new Iris Cloud Service to enable instant worldwide collaboration for workgroups of any size and composition — always under the content owner's secure control. Now everyone on a project can know when it's right — or not — and make decisions accordingly.

Iris — Iris software for office desktops. Works with any format that the host computer will support. Sold as perpetual licenses or as SaaS.

Canon imaging theatre featured a 4K HDR workflow from production, through post and color grading and the results were displayed on a prototype 2000-nits reference monitor, which delivered the best picture I’ve ever seen. This product was shown as a preview only but it is so breathtaking it merits an award. The centerpiece of the theatre was Gale Tattersall’s Trick Shot, a short film that was the footage shown on the monitor. He used Canon’s new C300 Mark II digital cinematography camera, which is expected to be available in September for $20,000. The compact camera is designed to record 10-bit 4:2:2 4K image data internally and offer 15 stops of dynamic range. Tattersall is considering using it for season two of Netflix’s Grace and Frankie.

I was fortunate to view the footage on the new monitor with Tattersall. He seemed to be amazed that the colors were true to what he’d seen on the set. He said he was especially impressed with the level of the details in the shadows (which the photo here does no justice to) and the fact that he could see the links in the chainlink fence in the distance outside the window. With a typical monitor, he said those shadows would have been muddy and the window would have been a blown-out flash of milky white.

Dolby captured a great deal of attention at NAB 2015 with the news that Vizio has introduced the industry’s first-ever line of High Dynamic Range Ultra HD TVs to support Dolby Vision – the Reference Series Ultra HD Full-Array LED Smart TVs – available in 65-inch and 120-inch class screen sizes. The result of a decade of knowledge in pushing the boundaries of picture and audio quality, the beautifully designed Vizio Reference Series is equipped with Dolby Vision for a dramatically different visual experience and Ultra-Color Spectrum for a wider color gamut, the Reference Series displays stunningly beautiful Ultra HD detail with over eight million pixels in every image. An 800-Nit, Full-Array LED backlight and 384 Active LED Zones create a vivid Ultra HD picture with striking contrast. Several 4K Ultra HD Dolby Vision titles will be available from Warner Bros. streaming through VUDU, Walmart’s video-on-demand service for movies and television. When combined with the integrated 5.1 sound bar system on the 65-inch model, home theater aficionados will not only enjoy unprecedented cinematic picture quality, but a powerful home audio experience that delivers a Sound Pressure Level of up to 101dB.

The 2015 Reference Series was designed for the cinephile, pushing the boundaries of brightness, color and contrast and featuring an integrated home theater system to perfectly round out the consumer experience. A Full-Array 800-Nit LED backlight makes for an incredible picture, enabling a wider and more dynamic range of luminance with an unprecedented 384 Active LED Zones for precise contrast control. [Editor’s Note: Nit is a measurement of light.] Clear Action 1800 is set by a whole new standard that allows consumers to enjoy fast-action sports and movies with superior motion clarity thanks to powerful image processing and blazing 240Hz effective refresh rate. The new VM50 Ultra HD engine, a dedicated Ultra HD motion and picture-processing engine, provides enhanced clarity in every Ultra HD image.

Quantel unveiled the latest software release for its Pablo Rio color and finishing system at NAB 2015. The update adds OFX plugin support, improved EXR and alpha channel support as well as realtime working and playback at 8K 60p, maintaining Pablo Rio’s position as the system of choice for high quality post at 4K and beyond. Quantel also announced that it is an ACES Partner, working with ACES to deliver a fully compliant ACES workflow for Pablo Rio customers.

Quantel Product Manager, Damon Hawkins, said, “8K workflows will soon become a reality; our demonstration of realtime 8K 60p working at NAB is a world first, showing that we continue to push the boundaries so that our Pablo Rio customers never need to say no, no matter what the challenge. And of course, the other developments that come with the latest software further expand the range of work that Pablo Rio can take on, again keeping our customers ahead of the pack.”