Capturing In the Heart of the Sea 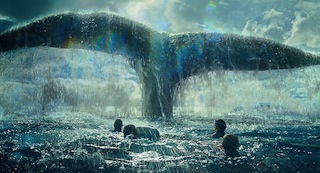 Anthony Dod Mantle, ASC, BSC, DFF, director Ron Howard's cinematographer on the 1970s Formula 1 adrenaline film Rush, was charged with creating the arresting visuals for In the Heart of the Sea. The logistics of the film, much of which involved the liberal use of water, were daunting. “Shooting a film outside, in English weather, and trying to break the film down into blocks where I could maintain continuity between exterior tanks, interior tanks and real locations – that was quite a big deal,” Dod Mantle says still with a sense of awe.

In the winter of 1820, the crew of the whaling ship Essex battled a monster – a massive sperm whale driven by aggression and vengeance that wreaked havoc upon them. The survivors then battled storms, despair and each other while trying to hunt it down. This shockingly real maritime event inspired Herman Melville to write Moby-Dick. Nearly 150 years later, Nathaniel Philbrick's book on the subject, In the Heart of the Sea: The Tragedy of the Whaleship Essex, inspired Howard to bring the story to the screen.

Shooting at Leavesden Studios in the U.K., Dod Mantle turned to Panavision Leavesden, based right on the lot, for camera support, lighting and grip. However, it marked a first for him.

“This was my first big gig with Panavision,” he says, an astounding admittance for the prolific, longtime cinematographer. “Being at Leavesden, there was a great deal of logic to selecting them, and it turned into an incredible experience! Having them right there helped because everything was on hand and I could do my testing while figuring out how I wanted to shoot things.” 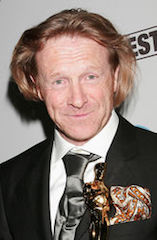 The choice was made to shoot with two to three Panavised Arri Alexa XT cameras every day in 4:3 mode at 2K resolution, and the 1.85 aspect ratio was extracted. For lenses, Dod Mantle and his first AC, John Watters, ultimately selected Panavision Primo prime lenses and Primo zooms were used for when the cranes were put into play.

“The Primos are gentle lenses,” he says. “My favorite lenses were the 21mm and especially the 27mm close-focus SL. It has beautiful falloff and gentle bokeh. With digital, right from the start it's all about the glass. The Primos are soft yet robust and not too heavy, making them absolutely perfect for our task at hand. The glass, combined with the kind of filtration I used along with some of Tiffen's older filters, made me successful in pulling the skies and the seas closer together in the palette.”

With some filter mixology in 50-year-old Harrison attenuators, general diffusion, and custom-made soft-edge yellow grads, it was an approach that allowed Dod Mantle to steer away from the picturesque yet constantly challenging blue-sky aesthetics of other seafaring films. “I was pulling down the skies eight stops, 12 stops,” he explains. “It was all about the horizon and partly the 1:1.85 format.” 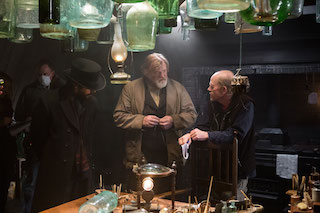 Water can be hard on camera equipment, but Panavision’s proximity to the set was a plus. “Panavision helped me find lenses, and if we tore them up, they would repair them and send them back to us,” Dod Mantle notes, while also adding that the general physical conditions of the shoot required periodic technical checks of the cranes, heads and lenses.

With all the cold rain effects and water tower deluges, Dod Mantle often would come off set during break and revitalize with a hot shower, only to turn around and do it all again. That kind of daily buffeting could make anyone need some propping up, and Dod Mantle came to rely on Hugh Whittaker, Panavision Leavesden’s director of marketing, for a timely boost of British cheer.

“It was an incredibly difficult film technically and almost existentially,” he says. “Making this film was an extraordinary experience, and Hugh was always there by my side for support. The great thing about Hugh is there is a calmness and a sense of humor and, with him, nothing seems impossible. He has more than enough on his plate running a rental company but openly displays his enthusiasm for film on an artistic level. It's a fantastic quality and I'll never forget that.

“With Panavision,” he continues, “I felt like I was working with people I belonged with – with filmmakers. I have so many good things to say about them. I'd wear a Panavision T-shirt any day.”