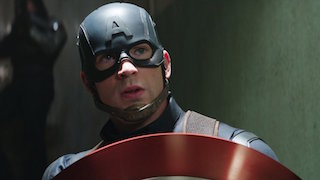 In the spring of 2015, Trent Opaloch began a huge undertaking as director of photography on a new entry in the Marvel Cinematic Universe. The bar is set high – as a production unit, Marvel has been a smashing success – but one advantage is the solid workflow that Marvel has developed over the course of a dozen feature films.

For Captain America: Civil War, Opaloch re-teamed with directors Anthony and Joe Russo, with whom he had worked on 2014’s Captain America: Winter Soldier. The stage portion of the shoot took place at Pinewood Atlanta Studio, and locations included sites in Germany and Puerto Rico.

In terms of the visuals, Opaloch says that he and the directors hewed to the same general approach in terms of realistic camera movement and lighting. That meant the cameras were usually on a dolly or a crane, with Steadicam only brought in for shots that were unachievable any other way.

The main camera system was the Arri Alexa XT, equipped with internal Codex recording and Panavision anamorphic lenses. One key action sequence and some stunning aerials were done in Leipzig, Germany with the Arri Alexa 65 (also with Codex internal recording) for maximum visual impact. And when a smaller camera was needed for stunts, tight spaces or frenetic handheld, Opaloch sometimes turned to the Red Epic with the Dragon sensor. 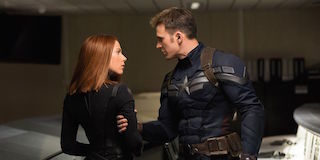 “I’ve really liked the combination of the anamorphic lenses and the digital sensor, because I think it softens the blow, and takes the edge off what can sometimes be an overly sharp image,” says Opaloch. “And I’ve never been a big fan of diffusion filters. You’re always trying to light to tell the story, and hopefully there’s a pleasing aesthetic quality for the actors and their faces. The sensors are a lot closer than they ever were in the early days, so you can feel confident in mixing those systems. You don’t have to worry about it jumping out at you in the final edit.”

For some shots, as many as a dozen cameras were rolling. Two units were operating almost constantly, and at times as many as four units were generating footage. DIT Kyle Spicer says that the on-set workflow on Civil War was similar to that on Captain America: The Winter Soldier. The main difference came on the back end, which was handled at SHED, a cutting-edge, creative production services facility in Santa Monica, Atlanta and London. Shed is set up to maximize creativity by providing filmmakers with the latest technology in a seamless pipeline, along with talented personnel and top-quality service.

With the significantly higher amount of data captured, the result was an average of about six terabytes per day, sometimes up to as many as 20. That doubling or tripling of the normal amount of data affected everything downstream, including storage and LTO backups. Keeping up with the firehose of data required flawless logistics. Shed personnel were in the editorial office at Pinewood to help things run smoothly. Marvel’s three on- or near-set Vault XLs from Codex were essential to a smooth flow.

“Unless they were in a far-away location, the other units were piped in to us to so that the Russo brothers could watch playback,” says Spicer. “If a splinter unit was less than 500 yards from us, they were usually cabled back to us with fiber. And even distant locations were sometimes connected via satellite feed. So it was definitely a little more complicated than the last one. 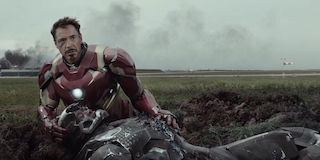 “For the Alexa 65, all the processing is done in the Vault XL,” says Spicer. “The Codex Transfer Drive is an 8 TB SSD RAID. Marvel had one Vault XL on set and two off set. If we shot ten minutes, it would then take ten minutes to offload it as an ArriRaw file. As we had on Captain America: Winter Soldier, we renamed shots for scene and take, and added in all the lens metadata, camera info and serial numbers so that everything could be tracked on a per-shot basis.”

After processing, the Codex Transfer Drives went to Shed, where the CDLs from the on-set live workflow were applied. A dailies colorist would then tweak the shots, and sync sound would be added.

“Working with Shed is really great just because they too have a great working relationship with Codex and Marvel,” says Spicer. “You get all-around good support from beginning to end. One of the best things about Codex is that it stays pretty much the same from project to project. We went with a new piece of gear, the Vault XL – and Marvel purchased three. But as far as the workflow, it stayed the same, with the exception of the Alexa 65 processing. With Codex working with Shed, and Arri supporting us with the 65, we had support from all sides. Personally, I’ve worked with Shed on quite a few Marvel movies at this point, so it’s a very good working relationship.”

Spicer credits Marvel with the foresight to stay ahead of the curve. “They really push new technology to the forefront and they’re not afraid to try new techniques,” he says. “They definitely have standardization, and they have very effective workflows, but at the same time, it’s ever-expanding and ever-changing. We have to adapt to new technologies that make things faster and better – whatever we can do to enhance the story and bring it to life.”

Opaloch used the DI in part to go a little further with some flashback sequences. He says he is very happy with the images. “I saw the latest edit a week or so ago, and I’m really excited and proud of the work that the whole team did,” he says. “It ties in with the Avengers family of movies, and there are a lot of technical requirements, but it feels like we’re making our own film. So I’m happy.”