Can MoviePass Make a Comeback? 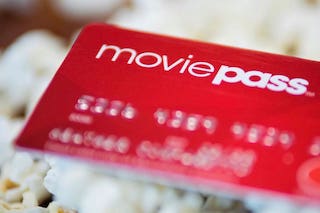 For a very short time, a few years ago, the controversial subscription service MoviePass offered low-cost movie tickets to millions of satisfied moviegoers across the United States. That was, until it collapsed from its own weight. The question now is, can MoviePass make a comeback? At a major press event held last week in New York City’s Lincoln Center before a live audience of former subscribers and current employees, Stacy Spikes, one of the original co-founders of the ill-fated company, announced that he would restart MoviePass this summer. The event was simultaneously broadcast live on YouTube. As someone who was forced out of the company that started as his dream, Spikes did his best to hold back all the anger and frustration he must have been feeling at the time. He didn’t always succeed in that. And while he clearly conveyed a renewed passion for that dream, for movies, and for the entire movie business, his remarks were remarkably devoid of any real details. Most importantly, not once did he explain how this time, after everything that happened with MoviePass, he plans to make the business profitable.

Given what this industry has gone through in the past two years dealing with the pandemic, it seems likely that not everyone will remember all the details of what, for a time, made MoviePass almost a household word, at least in the United States. For that reason, here is a short and far from complete history of the company. Keep in mind, when most of this took place, the movie business was booming having experienced many years in a row with some of the best box office numbers ever. The future then seemed very bright. 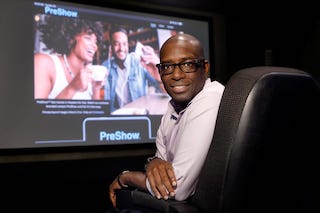 In June 2011, Spikes and co-founder Hamet Watt launched MoviePass with backing from major investors including True Ventures, AOL Ventures, Lambert Media, Moxie Pictures, and others. The company initially faced hostility from many of the biggest exhibitors, notably AMC. That never changed but MoviePass made progress and by 2016 had named Mitch Lowe, a former Netflix executive, as CEO. Throughout that period, they experimented with different pricing models and slowly, but steadily, grew.

In 2017 the analytics firm Helios and Matheson's acquired a majority stake in the company, Spikes was fired, and Helios and Matheson CEO Ted Farnsworth began to exert more control. The company lowered its price for an unlimited plan allowing one film per-day, to $9.95 per month. In response the MoviePass website crashed. By September 2017, the number of subscribers had increased to 400,000, then to 600,000 in mid-October, and then to one million in December.

More changes took place in 2018, the year the roller-coaster ride really took off. At the Sundance Film Festival in January 2018 MoviePass announced a new subsidiary MoviePass Ventures, which would co-acquire films with traditional distributors. In February MoviePass announced it had two million subscribers and dropped the subscription price to $7.95 per month for new customers if they paid annually. In March, they lowered it to $6.95. In April, Helios and Matheson acquired Moviefone from Verizon and Verizon bought shares of MoviePass stock. Also in April 2018, MoviePass quietly removed the unlimited plan for new customers, and replaced it with a new plan limited to three movies per-month.

In May 2018, MoviePass' cash expenses exceeded its revenues by $40 million and the company announced that it expected to run a deficit of $45 million in the month of June, the same month it announced that it had more than three million paying subscribers. Changes in subscription prices seemed to happen weekly after that.

Despite everything that was going on (and, again, this is only a partial glimpse) in August 2018 Helios and Matheson completed the acquisition of Emmett Furla Oasis Films assets for the MoviePass subsidiary MoviePass Ventures. That same month, Helios and Matheson began changing pricing yet again and limiting the number of films a subscriber could see per month. Often the system limited subscriber’s choices to one film a day. Subscribers began to report difficulty cancelling their subscriptions. The lawsuits began in November 2018, first in San Francisco, then in New York, and on September 14, 2019, MoviePass folded.

Last November, a bankruptcy judge approved the sale of MoviePass to Spikes. Since then, he said he and a devoted group of employees have been rebuilding the MoviePass app and website and preparing for this summer’s launch.

While he didn’t mention Helios and Matheson, Ted Farnsworth, or Mitch Lowe by name, he did show a picture of the two men that received wide press coverage when MoviePass was in its heyday and Wall Street seemed convinced that nothing could go wrong. The picture got a laugh from the live audience.

Again, without naming names he acknowledged that many major exhibition circuits now have subscription packages of their own in the form of loyalty clubs. And he conceded more movie chains are considering them. Spikes said he knows he can’t compete with those programs and still insisted MoviePass could succeed without them. He then cited the reasons for his optimism. 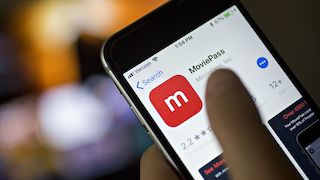 There has never been any question that MoviePass was able to attract customers. His claim was also true that MoviePass encouraged many people to go see movies they would never have considered without those subscriptions. At its peak, MoviePass had three million users who watched fifty million movies in four thousand theatres. Spikes noted that MoviePass was especially strong building up audiences in art houses, for Oscar contenders and for the specialty market.

During his presentation Spikes claimed that MoviePass’s share of the moviegoing audience could be thirty percent by 2030. He did not explain how or why. His new business plan seems to center on what he is calling PreShow. It is based, largely, on his estimate that advertisers spend roughly $11 billion dollars each year to place their products in feature films. PreShow would feature content about those products within the MoviePass app on subscribers’ phones. He said it would eliminate the middleman. He said that with new facial recognition technology, advertisers could target their content to specific customers and, in turn, confirm that those customers actually watched the entire ad.

In return, subscribers would earn credits in the form of cryptocurrency, which could then be used to purchase movie tickets. Those credits could be shared with other people and would automatically roll over in a subscriber’s account. He did say the new MoviePass will have different pricing tiers but he gave no specifics on what those prices might be. Nor did he offer any details on which advertisers are interested in taking part in PreShow or on how much revenue he expects to generate.

Spikes once told Deadline Hollywood that he could imagine a day “where studio executives can see real-time decisions that [MoviePass] subscribers are making from their phones and devices. If studios say they are not interested in being able to talk to their customers, knowing what they are thinking and being able to notify them of things like ancillary items, and that theatre owners aren't interested in having these people go to the movies more, and drive up concessions sales, and having us put all this in the palms of their hands, then I'm in the wrong business."