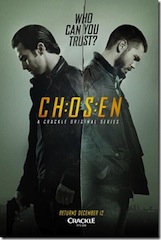 Los Angeles-based Juan Ignacio Cabrera recently handled the post-production for the second and third seasons of Chosen, the most successful show on Sony's Crackle TV network.

Cabrera graded the series on an SGO Mistika 4K system. He moved from his native country Spain, where he owned a successful post company Film Bakers and relocated to Los Angeles in 2011, bringing his grading expertise along with him. He is currently one of the most experienced SGO Mistika operators living in the U.S.  With more than 10 years of Mistika experience behind him, Cabrera has worked on titles such as Transformers: Age of Extinction, Star Trek Into Darkness, Beneath, The Amazing Spider-Man, Prometheus, The Last Circus and many others.

Crackle is a multi-platform video-entertainment network and a unit of Sony Pictures Television with a global audience of 43 million viewers. It features movies, television shows and produces original content made for the Internet. Crackle partnered with Xbox Live, making its content available for Xbox 360, and also streams across PS3, Roku boxes, Sony Blu-ray players and Bravia TVs, including APPS for iOS, Android, Blackberry 10 and Apple TV.

The show's creator, writer and director, Ben Ketai said, "Chosen was only my second project working with the SGO Mistika System, but I can already say that I plan to use nothing else going forward. As a filmmaker working in Hollywood for almost ten years, I’ve had projects colored on almost every color platform, and I can confidently say that Mistika blows them all away. Its flexibility and interface offer a swifter workflow, allowing for ample creative exploration without wasting precious time."

As episodes were completed, they were uploaded from Mistika which allowed the producer, director and DP to view content on calibrated Sony monitors. They returned their feedback, which could be extracted directly into Mistika, and finalize the look to deliver the files promptly. The process was collaborative maximizing on Mistika’s innovating toolset, which enabled Cabrera and his team to fulfil the creative needs of his clients at Sony. 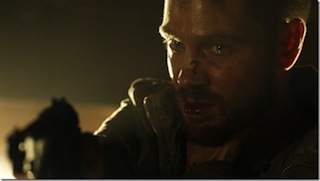 Co-executive producer at Lifeboat Productions Amy Kim said, "During the second season of Chosen, Lifeboat Productions was introduced to Mistika, and we immediately changed our platform over for all other projects going forward. It has been an eye-opening experience with what can be accomplished with color software."

The overall look of the series gives a tense, dangerous and edgy mood reflecting the dark and violent storyline. The grade is not overly saturated and keeps a consistent hue, keeping in line with the director's vision for the show. “Mistika provides me with an excellent palette of incredible grading features for the highest spec image quality,” said Cabrera.

Cinematographer Timothy A. Burton said of the grading process, "For me color grading is the final stage of the cinematography process and I like to be as involved as possible. Especially on a show as stylized as Chosen. But it can become a frustrating experience when you have to deal with limited tools to achieve your vision. With SGO's Mistika the process is organic and fast. It allows me to work at the speed of thought and take the footage to incredible places. It doesn't matter if the shot needs 10 different masks, blurs, sharpens, glows, stabilization, or covering something that shouldn't be in the shot. With Mistika it all happens in real-time allowing me to spend more time working with my footage instead of fighting with limitations." 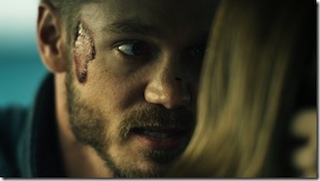 Cabrera added, "I love it when a color grading session becomes a creative brainstorm between the cinematographer, director and colorist. And that's what Chosen was. Tim and Ben wanted for this second season to be a huge leap forward in quality, so we created a new color language from what they had on Season 1. Working with Alexa and Epic and following a feature-like process allowed us to create wonderful imagery that boosted an already powerful story. With Mistika's powerful conform tools we were able to minimize conform times to a minimum, to the point of being able to grade a couple of hours after a cut had been locked. The whole process was incredibly fast and seamless, even when we had to deliver both HD and UHDTV masters. As for the outputs, we delivered in ProResHQ files and back-to-back DCP for the première. All of these files were rendered directly from Mistika without any intermediate conversion required."

Working on a high profile series for television brings its own unique challenges in grading that are different from cinema projects. Fortunately, Cabrera has immense experience in both areas and he adds, “I find that with TV there is less time to perfect the footage for the grade, but Mistika gives me that additional confidence with its immense Nvidia processing power which helps me to accelerate the process at literally lightning speeds.”

Cabrera concluded, “Personally, I think it would be great if people knew that Mistika is capable of so much more than just 3D. I think everybody knows now that Mistika has unbeatable S3D toolsets but not that many consider it as a heavyweight option in other fields like grading. And they seriously should."