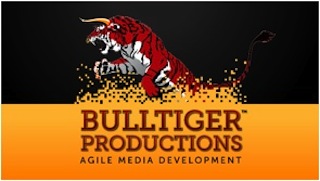 A new film studio has opened in North Austin, Texas under the direction of a new partnership between Bulltiger Productions and 25 year industry veteran Randall P. Dark. The first phase of the new facility boasts the largest sound stage in the Austin area at 10,000 square feet, with a 2,500 square foot green screen.

In addition to the studio, the production house is doing away with traditional media development methods, where an intellectual property is developed in separate silos – film, games, television, and so forth. Bulltiger develops all projects simultaneously, exploring state of the art technology from across media types to produce compelling stories.

“We watch television on our phones and surf the Internet on our televisions. The idea of developing for one specific media is becoming more and more obsolete. Bulltiger is thrilled to have a technology pioneer like Randall on board,” says CEO and founder Stephen Brent.

As Dark and Bulltiger compared notes early on, they discovered similar visions in what makes projects successful. "Innovative story telling combined with state of the art technology, done by really smart people who don't take themselves too seriously; what's not to love about Bulltiger Productions? I look forward to this new adventure," says Dark.

The team has several projects underway, including documentary and narrative films and a film technology festival, in addition to their film studio. The studio is currently available for rent by select local production companies, with an open house scheduled for January.

Bulltiger Productions was formed in 2011 to develop film, games, mobile apps and graphic novels. Randall P. Dark is the founder of HD Vision in New York City and Dallas, a co-founder of HD Vision Studios in Los Angeles, a member of the Academy of Television Arts & Sciences and of the prestigious Consumer Electronics Association’s Academy of Digital Pioneers.