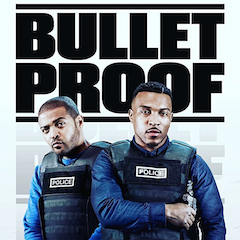 Simon Hill, senior dubbing mixer at Halo Post in London, has worked on some of the biggest dramas for television and streaming outlets. Included among these is Bulletproof, which airs on Sky One in the UK and CW in the U.S., as well as the British film, Ghost Stories. With audiences craving more and more content, post houses must turn out projects at increasing speeds.

Hill has turned to Nugen Audio software to help streamline his workflow.

“Bulletproof has been my favorite TV show to work on,” says Hill. “For that show, I run the Halo Upmix on all of the strings that come in from Lorne Balfe, the composer. He delivers very wide stereo stems, up to about 22 tracks. Sometimes the strings are specifically split out to low strings, high strings and snap strings. I find that Halo Upmix is much better than its competitors at helping spread out the strings around you. I like to create a feeling of having the strings come out of every speaker, but with a different sound in each. So, it’s not just about summing up to a phantom center, it’s about finding the sweet spot. I have about six instances of that running in my session at any given time; the software is particularly useful.”

Typically, Hill has roughly five days to produce an episode of a TV show. “I start by pre-mixing dialog and foley,” he explains. “I have two screens, with a set up that is quite simple. The first has my edit window and the other has few Nugen plug-ins open, primarily my VisLM2.  Even though I traditionally use VisLM for shows with EBU R128 or ATSC 85 loudness specs, I also like using the meter in a dialog intelligence fashion while I’m pre-mixing. This gives me a good base for everything to sit on – including music and sound effects. Since dynamics don’t really matter in this case, I set my VisLM boundaries quite high and low. That gives me an anchor to start with, and then I can see where I’m going from there.”

Before he dives into the final mix, Hill swaps over to adjusting loudness settings. “Another thing that is very useful with VisLM is the ability to provide a visual to a producer or an exec that we are in ‘loud’ territory,” he adds. “That red zone is very useful – it allows us to clearly show execs the loudness levels. It’s one of my favorite tools.”

Hill has also adopted a new style of mixing where he mixes quite heavily into ISL; an approach he used most recently on Bulletproof. “I have ISL set low for quiet or talking scenes. That keeps my overall loudness tight throughout the program. Then, when I need something more dynamic for loud portions, I start automating ISL and pull back on the limits at negative three or four. The show has so many car chases, gun showdowns and punches. When I reach those sections, it’s nice to pull the limiter back and just let those sections kick off. I can push harder into it while still maintaining my overall true peak because it’s such an invisible sounding limiter. Plus, being able to set it up right next to my VisLM window and click and drag the automation is gold. I used to think mixing into a limiter was sacrilege because some manufacturers’ limiters have a compressed ‘sound’ to them, but it’s actually very useful in certain situations.”

As Hill enters the final stages of his mixes, he changes his focus over to Nugen’s Halo Upmix plug-in. Though upmixing stereo music to 5.1 has been done for years, Hill says that the newer stereo to 10-channel Atmos format has been a bit more of a leap. “Halo Upmix does that for me quite seamlessly,” continues Hill. I generally set it and forget it, for each stem. I don’t touch it for the rest of the episode, because it does exactly what I want it to do. I don’t know any other loudness software that operates as seamlessly as Nugen.”

Hill credits Nugen’s quality as being a major factor in the studio’s decision to utilize its plug-ins. “Nugen is very good at letting customers know what solutions they have, what the software does and how it’s going to help. It seems like they are always the first in the market to come up with a new feature or entirely new solution – especially with the VisLM software. I think a few people followed suit in terms of upmixing plug-ins once we had to start mixing to Atmos, but Nugen had something useful with Halo Upmix before everyone else did.”

Halo Post is considered one of London’s busiest independent post houses. Its clients range from TV dramas, entertainment and documentaries to feature films, commercials and animation. Halo Post is also a consistent finalist, and the 2019 winner, of UK’s Broadcast Award for Best Post-Production House. The company is well-suited to dry hire scenarios and has worked on many large Hollywood films – including the silver screen adaptations of Les Misérables and Cats – as well as TV and streaming productions for Netflix, Sky One and BBC. Originally hired by Halo Post as a runner, Hill has spent his career at Halo Post, where he graduated to short-form projects and more recently to film and TV drama.