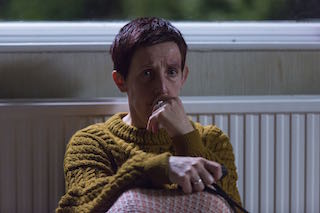 The third and final series of ITV’s acclaimed TV crime drama Broadchurch was shot using Cooke Anamorphic/i lenses by cinematographer Carlos Catalan. The unusual decision to shoot a TV drama anamorphically was taken to make the most of the wide vistas of the coastal setting, and to bring a cinematic look to the story.

“I was a big fan of the show, so the question was how could I contribute to something that had made its mark in terms of cinematography?” said Catalan. “One of the elements that came to mind was anamorphic, to bring a cinematic experience and a wider aspect ratio to the show.  Luckily when we presented the idea of going 2:1 to ITV, we were surprised and delighted that they agreed.”

Catalan had previously worked with the director Paul Andrew Williams on the BAFTA award-winning drama Murdered By My Boyfriend.

“We used older anamorphic lenses on that production, so we already had an idea in our minds of what we could bring to Broadchurch: improving, but still keeping the elements that people like and expect,” Catalan continued. “I tested the Cooke Anamorphic/i lenses and really liked them. They produce a clear picture with contrast while at the same time keeping the warm, delicate feel which is so nice for skin tones. I shot a lot wide open, and the Anamorphic/i’s create that fall-off at the top that helps to give a more cinematic look. As well as the exterior shots, they also handled lower light situations very well.”

“From the outset Broadchurch was talked about as being visually stunning, so during prep for Series 3 we scrutinized every creative decision taken on the show previously in order to creatively and technically push the boundaries further without losing what people loved about the show,” said Dan Winch, producer, Broadchurch 3. “The bold decision to use anamorphic lenses has subtly enhanced each and every frame. With close up angles, the fall off and richness of the images has the unique ability to embed characters within the landscape in a beautiful way. We’re delighted with the superb end result Carlos has achieved for us.”