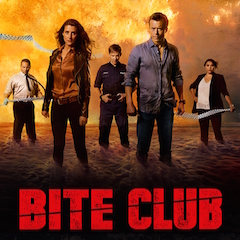 Set in modern-day Brisbane, Australia, Bite Club follows a young werewolf, Adron, on his search for his missing brother in a world where supernatural beings hide in the shadows. Tapped as composer, producer and sound designer for the film, Dana James Presson knew he wanted to create an explosive theatrical presentation.

“When I heard the original sound mix for Bite Club, I knew that Halo Upmix was something that could really benefit the sound,” said Presson. “While writing the score, I wanted to specifically use French horns in a very particular way to encompass the 5.1 surround field to provide an immersive feeling. I love Halo Upmix; it’s one of the most useful tools for composing and post-production. From the onset of the opening credits, Halo Upmix gave me the confidence to dial-in the desired cinematic effect that I set out to achieve, while also supporting the director’s artistic vision.”

For Presson, “there’s no other application that comes close to delivering the clarity and precision that Halo Upmix provides. Other software has these strange phase and reverb artifacts that spread across the LRC channels. With Halo Upmix, those artifacts are non-existent. It perfectly matches the original source material and I am able to deliver orchestral instruments exactly as I had intended, which is fantastic. It’s just amazing.”

In addition to Halo Upmix, Presson also relies on Nugen’s ISL True Peak limiter and VisLM loudness meter. “I always use the ISL True Peak limiter as the last plug-in in my master chain,” he said. “I know that it’s going to be compliant and precise; I can put it on and not have to worry. I feel the same way about Nugen’s VisLM loudness meter. Using VisLM for real-time mix monitoring is extremely helpful – especially with dialogue – in ensuring that you can immediately see notifications. You’re able to get a really good balance and make sure everything is within compliance and at an appropriate level, which is great.” 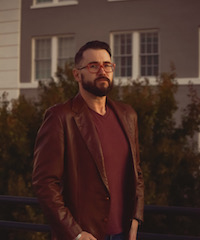 Once he is engrossed in a project, Presson says the workflow comes very naturally. “As soon as I get a project, I sit down, watch it for a minute and I know immediately how I want it to sound,” he explained. “I try to develop character motifs and really feel the scene. I write and track everything at the same time, in the moment. I don’t typically write it out one day and then tweak another day. For instance, on a particularly massive fight scene in Bite Club, I heard the hits in my head. So, I was tweaking those as I was going, constantly layering. It just evolves, and it keeps going on the fly.”

Presson credits his creativity and process as one of the reasons he became involved with Bite Club. “I am incredibly fortunate in that I can literally watch something, have ideas just flow out and then go right to it,” he said. “I think that’s one thing that the director for Bite Club really liked about my workflow. They previously had a team working on this film for nine months and there had been several setbacks because they just weren’t delivering what the director wanted. I sat down and worked around the clock for about three and a half weeks and delivered the entire film.”

Presson’s ability to come onto a work in progress project, and easily pick it up and see it through has earned him great credentials in the industry. “I think most people come to me to fix problems, which has kind of escalated into more work and more roles,” he added. “It typically starts out as a consulting role, where a director will come talk to me and ask me what I think. I have gained this reputation for fixing productions that are having some issues. If a team is unsure about some of the work, I’m the person they bring in to solve those problems for them. I really enjoy being that person.”

Presson first became familiar with Nugen at the 2019 Winter NAMM Show, where he and a colleague had been discussing upcoming film projects. “He was raving about Nugen and its amazing software and suggested that I take a look at the company’s compliance standards, among other things,” he said. “I knew right away that it was what I needed. The company clearly spends a lot of time developing its software and presets to make sure that anyone in post-production can send out deliverables. In addition, the GUI interface is brilliantly designed. These are solid, reliable, extremely high-quality plug-ins that accommodate every aspect of surround processing. They really know what they are doing and have it down to a science. With complete confidence, I only trust Nugen at this point. There’s nothing else.”