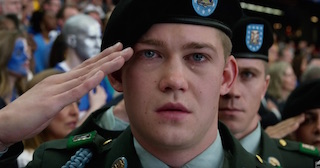 Director Ang Lee’s Billy Lynn’s Long Halftime Walk has been widely publicized as the first movie ever to be filmed in 3D with 4K-resolution at 120 frames per second. In their never-ending search for ways to stand out in a world of competing media choices, some exhibitors have expressed praise for Lee for pushing technology to new limits. Fair enough. The problem with this is, very few people in the world will be able to see the movie the way Lee made it. Add another option to the growing list of digital cinema technologies. Welcome to digital cinema’s second era.

A recent Hollywood Reporter article written by Carolyn Giardina and Ashley Lee, pointed out that there is currently only one theatre in the United States capable of screening a movie in 3D with 4K-resolution at 120 frames per second. Billy Lynn had its world premiere last month at the New York Film Festival where it was screened at AMC’s Lincoln Square theatre, which had been specially equipped for the event. According to Giardina and Lee’s article, The ArcLight Hollywood cinema is believed to be under consideration for a similar upgrade and plans have also been made to show the movie in its full specs in at least one theater in Taipei, Beijing and Shanghai. The movie will be released later this month.

Lee is one of the most gifted filmmakers of his generation and he has a well-deserved reputation for exploring new cinema technology and pushing it to its limits. Although the early response to the technology used in Billy Lynn has been mixed, the response to the film itself has been largely been positive, at least among the critics who have seen it. The movie certainly tells a powerful story. 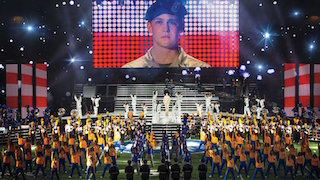 Based on the novel by Ben Fountain, the film tells the story of nineteen-year-old private Billy Lynn (played by newcomer Joe Alwyn), who, along with his fellow soldiers in Bravo Squad, becomes a hero after a harrowing Iraq battle and is brought home temporarily for a victory tour. Through flashbacks, which culminate at the spectacular halftime show of the Thanksgiving Day football game, what really happened to the squad is revealed, contrasting the realities of the war with America's perceptions.

The vast majority of people will see the movie in whatever digital cinema format their local theatre provides. Nothing will ever change the axiom that content is king. Billy Lynn is already in the early conversations about awards. Even if moviegoers have heard about the new technology associated with the making of the film and are curious about what a difference it might make, not experiencing it that way likely won’t hamper them from enjoying the movie.

Whether, or even if, exhibitors will adopt the 3D 4K 120 fps technology Lee used, it is still just one of a long list of technology options exhibitors have to choose from today.

That list also includes – but is not limited to – immersive sound, immersive lighting, high dynamic range, specialty seating, interactive digital signage, apps for audience interaction, and a wide array of theatre management software packages that provide a number of diverse and useful applications. According to their manufacturers, each of these new technology choices can pay for itself in a short period of time in a number of different ways: increased productivity, increased revenue, more patrons and more repeat business, to name a few. That list will continue to grow as this era proceeds. 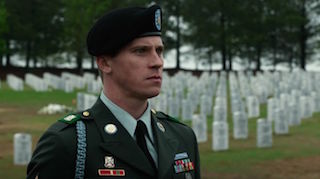 For exhibitors, the biggest challenge they face today is how to give their patrons a compelling reason to venture to the movie theatre as often as possible. To give patrons a good reason to forego the entertainment options available to them at home.

In every case, the question exhibitors have to ask themselves more frequently in this second digital cinema era, becomes, is this particular technology right for my theatre and my patrons? Will it grow or at least enhance my business?

The answers aren’t always simple and, once a decision is reached, another question arises. How to pay for it? The answers, in every case, will more than likely be different for every exhibitor. Luckily, more and more, manufacturers are becoming creative in the ways they can assist exhibitors funding their technology.

Digital cinema’s second era will likely not progress as smoothly as the first. But as long as the Hollywood studios are willing to bet on the kinds of groundbreaking movie projects that top filmmakers like Ang Lee and a host of others want to create, the coming years promise to be even more exciting and rewarding than any in the history of motion pictures.