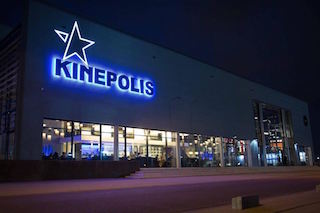 According to Barco, an all-laser cinema allows owners to fully realize the cost-savings and operational efficiencies that only a standardized platform can offer. With no lamps or lenses to buy, stock and replace, exhibitors can focus their resources elsewhere to further enhance the entertainment value of their offering for guests.

“Once we conduct a business case analysis, movie theatre owners can quickly see the benefits our laser projectors offer with regard to high performance and low total cost of ownership,” said Wim Buyens, senior vice president and general manager entertainment for Barco. “Combined with superior image quality and brightness, our solutions empower exhibitors to offer their guests the best movie going experience possible.”

Kinepolis, a long-term Barco customer, opened the first “all-Barco laser” multiplex in Europe more than one year ago in Breda, the Netherlands. The ten-screen multiplex features one Barco Flagship Laser and nine Smart Laser projectors.

“Visitor numbers have been exceeding our expectations since day one, which is fantastic,” said Vicky Vekemans, theatre manager for Kinepolis.