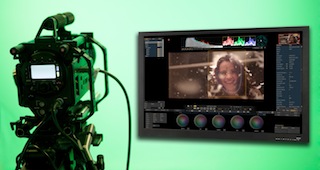 Assimilate has released Scratch v8.2 and Scratch Lab v8.2. This new release significantly expands metadata support with functionality across many key areas of the software, The v8.2 release also introduces Live View, giving DPs and DITs the ability to capture metadata from live camera feeds, grade live, and create looks; a new H.264 encoder licensed from Vanguard, providing optimized encoding capability for Windows and now for Mac OS; and Oculus Rift support, for grading and compositing VR shots in real-time, with or without a headset.

Scratch v8.2 and Scratch Lab v8.2 now include an update to the media browser for directly managing metadata. Artists can now:

Select, update, add or remove metadata in a spreadsheet editor-style. Update metadata for a single shot or multiple shots at once, as well as update data by entering plain text or using formulas that contain other metadata items. New metadata can then be exported via ALE or XML to be imported into other systems or integrated with other proprietary tools.

Match/find, load and apply looks to multiple shots in the form of 3dl, CDL, LUT or XML, and audio. This new feature will search and match by name, time-code, or any common metadata items. In addition, artists can now auto-link audio files to shots purely based on metadata and file name.

The new Live View function takes in the SDI signal from a camera and allows artists to work and grade directly on the camera feed. It also reads the camera metadata if available, which is then displayed in the metadata stack in the Player module. In addition, the name of a Scratch Gallery item can be based on the metadata of the current shot (e.g. Live View). The determined grade can then be easily linked to the recorded shot further downstream in the pipeline.

“The new Live View function in Scratch was a huge advantage for me in a recent commercial shoot,” said Seattle-based DIT Thatcher Kelley.  “We took a live feed directly from a Canon C500 and pulled a key on a green screen in real-time. The client was able to see the exact background to be used in the final output, at the beginning of the project. I was also able to comp five to six layers on the live feed, tweaking contrast, pulling shadows out of the actors’ faces, and making their eyes really pop. I saved the looks I needed in the Scratch Gallery and easily applied them to the final grade. It was a great experience.” 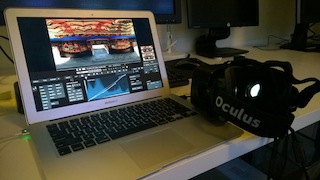 Scratch and Scratch Lab v8.2 now offer the H.264 encoder from Vanguard Video, so that artists now have the optimal combination of bit-rate, file size and quality for their dailies and preview content. Moreover, since the encoder implementation is cross-platform, v8.2 brings this industry-standard Codec to the Mac. Mac-based artists can enjoy the same optimized encoding experience that has traditionally only been available on Windows.

Scratch now supports the VR360 file format including Cylindrical, Equi-rectangular, and Cube formats for output to a secondary monitor, or an Oculus Rift DKI or DKII. With a Rift connected, these formats are mapped in real-time to Rift output, with full head-tracking support. Scratch will output in 360-mode with just a normal secondary display/monitor acting as a window into the virtual world, with real-time ability to pan, track, and tilt around the sphere. This means that developers creating cinematic content for the Rift now have a powerful tool that allows them to grade and composite VR shots in real-time with or without a Rift headset.

“Scratch and Scratch Lab have been at the forefront of technical innovation in real-time workflows for feature films, television and commercials for over 10 years,” said Steve Bannerman, vice president of marketing at Assimilate. “This new release pushes the boundaries yet again. The end-to-end workflow tools in Scratch and Scratch Lab v8.2 are uniquely designed to exploit the explosion of metadata from next-generation cameras. And the seamless integration of the new Scratch Web cloud tools that share both the media and metadata simply and securely from within the same UI, move the Scratch ecosystem a full generation ahead of its competitors.”

Newly supported camera and media formats, including Panasonic RAW, Magic Lantern (.raw and .mlv), BMDPocket camera (on OSX), as well as updates on XAVC and XAVC-S to increase performance for 4k resolution

Support for a shaper LUT inside a cube LUT

Scratch and Scratch Lab v8.2 are available immediately from www.assimilateinc.com. Assimilate offers the most flexible pricing options in the industry. These options range from license rentals for as little as $50 per day up to permanent licenses. In addition, Assimilate is now offering an easy monthly recurring subscription option. Simply pay by the month and cancel whenever you like.