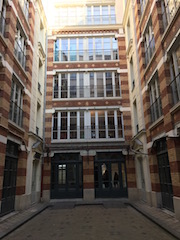 In order to facilitate its business in France, Arri, the Munich-based film technology company, is announcing the founding of Arri CT (for Cine Technik) France. For the first time, Arri will have an office space solely dedicated to its camera systems and lighting business units in France while being able to offer a special promotional platform for the Alexa 65 available from Arri Rental. Arri CT France will open its doors in September in time to celebrate the company’s 100th birthday.

“Considering that the French film industry is one of the strongest and most prestigious in the world, we are very pleased about expanding our capabilities in this important film market,” said Dr. Jörg Pohlman, Arri executive board member.

For many years, Imageworks represented Arri in France under the direction of Natasza Chroscicki and Natacha Vlatkovic. The new subsidiary branch of Arri will continue to be overseen by Chroscicki, as managing director and Vlatkovic, business development manager.

Arri CT France will be moving into a spacious new office in central Paris near the Place de la République. The space will feature a boutique style showroom displaying the various products camera systems and lighting have to offer while highlighting the Alexa 65, available through Arri Rental.

“Having a dedicated space to organize demos and trainings has become a necessity,” said Chroscicki. “The idea is to create a space for networking, exchanging, and listening to customers whether they be direct buyers or industry influencers.”

Arri CT France will also have a high dynamic range room with an ultra high definition HDR TV where visitors can view footage and test workflows.

Along with the new facility, new services will be added to the Arri portfolio in France. Due to the growth of its lighting business unit, Arri has recruited Christian Léonard to support and develop the company’s EMEA activities in the broadcast and theatrical lighting market with a special focus on France. With the potential of Arri’s Alexa 65 for the feature film and commercial market in France rising exponentially, Arri Rental is thankful to have a demo space and a local team of experienced colleagues.