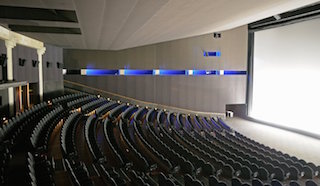 Arcadia Cinema in Melzo, Italy has installed a Cinemeccanica Lux 50K laser projection system, which delivers 50,000 lumens on Christie 4230 projectors. The theatre also has a Dolby Atmos sound system. The first screening will be December 15 with Rogue One: A Star Wars Story.

"I am convinced that nothing exceeds the social experience of watching movies on the giant screen," said Arcadia Cinemas owner Piero Fumagalli. "The scenario of movie theaters around the world is changing quickly due to continuous innovation and digital development and a growing number of solutions to further enhance the cinematic experience. The innovations include, but are not limited to, immersive sound, laser projection and high dynamic range. Arcadia, since its foundation, embrace these new opportunities and continues with significant investments in order to remain among the best grand premium large format screen in the world."

"Installing our RGB laser light source in one of the most important cinemas in Italy and with the largest screen in Europe makes us particularly proud of the product and of the work done so far," said Pier Carlo Ottoni, sales and marketing director in Cinemeccanica "I'm sure viewers will get excited thanks to a visual quality available only in a few sites in the world, returning to appreciate also 3D projections. Premium large format screens, such as energy, are unique entertainment places in which the movies become again the protagonists of the scene and where patrons live a full sensory experience, unattainable elsewhere."