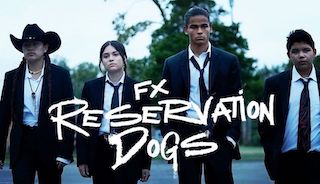 In 2019 the Cherokee Nation became the first Native American tribe to create an office dedicated to supporting local film and television production. The stated mission of the Cherokee Nation Film Office is to increase the presence of Native Americans in every level of the film and television industries, while creating opportunities for economic development and jobs in the Cherokee Nation – a 14 county reservation area in northeastern Oklahoma. Martin Scorsese’s feature film Killers of the Flower Moon was shot last year in locations throughout northeastern Oklahoma and within the boundaries of multiple tribal nations, including the Osage Nation, Muscogee Nation and Cherokee Nation. Already this year eleven projects have filmed, are filming, or are scheduled to be filmed in Oklahoma including season two of the television series Reservation Dogs, and the feature films The Adventures of Jurassic Pet II and I Ain’t Getting Killed. Jennifer Loren, a multiple Emmy-award winning filmmaker, news anchor, investigative reporter and producer has been working in film and television since 2001. In 2014, she began working for her tribe at Cherokee Nation Businesses where she co-created the highly acclaimed docuseries Osiyo, Voices of the Cherokee People. In 2019, she helped to create and roll out the Cherokee Nation Film Office and now serves as its director, as well as the director of original content for the Cherokee Nation. I recently spoke with Loren, via email, about her ongoing work as a content creator and as the head of a growing film office. 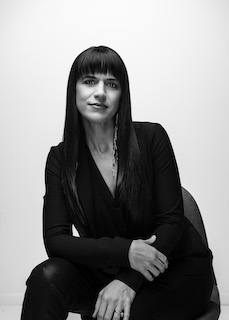 Digital Cinema Report: You had many years of experience as a television news anchor and reporter prior to helping to create the Cherokee Nation Film Office. What influence did that experience have on your decision to get involved with the film office?

Jennifer Loren: I have always been a storyteller. News was my first career, but filmmaking allows me to express myself and tell stories in a much more meaningful way. While I had a successful career as a TV news anchor and investigative reporter, I was looking to get out of the news business when my tribe, The Cherokee Nation, reached out to me and offered me my dream job: to tell the stories of our people. This was in 2014, before the film office existed. My first assignment was to co-create, produce, and host a docuseries and find distribution for it. Seven years later, we are still producing that show, entitled Osiyo, Voices of the Cherokee People, winner of 13 Heartland Regional Emmy Awards. Season 7 premiered January 27 on Osiyo.tv and on PBS partner stations January 30. You can visit Osiyo.tv to learn more.

To produce that show, we partnered with local filmmakers, including Native American filmmakers Jeremy Charles and Sterlin Harjo. Over the first several seasons of that partnership, it became clear that we needed to step up and offer another level of support for the local film industry and indigenous/Native filmmaking. Our docuseries proved that there was plenty of room and a huge appetite for authentic Native storytelling (Natives telling our own stories) in the traditional media landscape, and that we could provide good paying creative jobs through filmmaking. So, in 2019 we created the Cherokee Nation Film Office.

DCR: You now serve as the Cherokee Nation Film Office’s director. Despite the pandemic, your office has been very productive over the last eighteen months or so. What lessons have you learned over the past three years and what are your hopes for Native film production in the coming years? 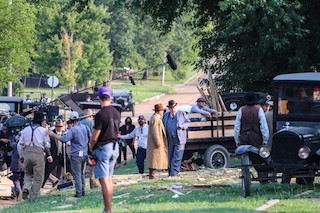 JL: I think the pandemic has taught all of us to think deeply about where we choose to live and work, among many other things. We have seen people in the film industry move out of densely populated cities and look for greener pastures and more friendly places to create their projects. Oklahoma has welcomed many of those filmmakers here. With this incentive and all of our other programming, we would like to open the doors even wider and invite Indigenous and other filmmakers to make Cherokee Nation their hub for filmmaking, and maybe even their home. There are a lot of reasons to live and work here and the growing film industry is a big part of that.

DCR: You seem to have laid a lot of essential groundwork. One of the challenges that all location offices face is the need for infrastructure. How many professional crews are there working in Oklahoma today and how many of them are Native?

JL: Our Oklahoma crew base is growing every day as we have a lot of education efforts ramping up in the state, as well as crew moving here from other states. Right now, we are about three or four professional crews deep, give or take. Thanks in part to previous and existing projects involving Natives, like Reservation Dogs and Killers of the Flower Moon, I’d say we have almost one solid Native crew base. But CNFO is working to grow that Native crew base quickly by offering scholarships and removing barriers for Natives who want to enter the industry here.

DCR: How many shooting stages are currently available? 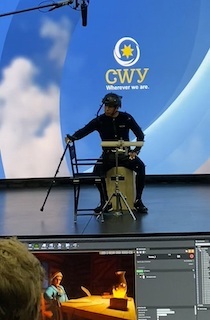 DCR: What is the state of post-production in your region?

JL: We have three high quality post-production facilities here in the Tulsa area. It’s my understanding a couple of others are planning to come online soon. There are also a couple in Oklahoma City, which is just an hour and a half away from Tulsa.

DCR: This week you announced an aggressive incentive program to attract filmmakers to shoot on the Cherokee reservation. What led to that move?

JL: Our tribe is always looking for ways to help create good jobs for our people and to help our state and local economies. Pair that with the need and ability to help change the Native narrative in film and TV, and it’s a win- win. We can accomplish all of that with a film incentive. We want to make Cherokee Nation a hub for Native filmmaking.

DCR: What’s next for you and for the Cherokee Nation Film Office?

JL: So much is next. We will begin taking applications for our film incentive on March 1. We will hopefully see film and TV shows on the ground here, taking advantage of our incentive this summer. We have a lot of partnerships in the works to educate the film and TV workforce. We are also beginning to work in the virtual production or real time filmmaking space and are developing a few film, and TV projects internally.