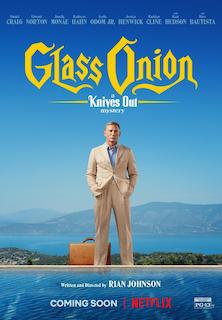 AMC Theatres has reached its first-ever agreement with Netflix to play a Netflix movie theatrically. From November 23-29, AMC moviegoers can enjoy Glass Onion: A Knives Out Mystery at more than 200 locations throughout the United States. It will also play at select Odeon Cinema Group’s locations in the UK, Ireland, Italy, Germany, and Spain.

The company said the agreement with Netflix to play Glass Onion: A Knives Out Mystery adds another major theatrical title to an already exciting slate of movies that will appeal to broad audiences during the Thanksgiving weekend.

AMC chairman and CEO Adam Aron said: “This announcement of our first-ever agreement with Netflix is significant for AMC and for movie lovers around the world. As we have often said, we believe that both theatrical exhibitors and streamers can continue to co-exist successfully. Beyond that, though, it has been our desire that we find a way to crack the code and synergistically work together. 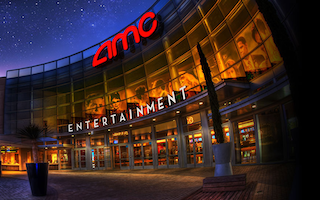 “By doing so, theatres will make more money by having more titles to show, and thanks to the larger cultural resonance those movies can gain from a theatrical release, they will wind up playing to a wider audience when they also are viewed on streaming platforms. Accordingly, we also have long said that we would welcome Netflix movies in our theatres with the proper agreements in place.

“This agreement that we have reached with Netflix for Glass Onion: A Knives Out Mystery is acceptable to AMC as it sufficiently respects the sanctity of our current theatrical window policy. We are hopeful that a successful screening in our theatres this Thanksgiving will lead to more co-operation between Netflix and AMC in the months and years ahead.

“Rian Johnson’s original Knives Out was a wonderful film that delighted audiences in the United States and around the world and was a real hit in our theatres. It’s only fitting that its follow-up, Glass Onion: A Knives Out Mystery, which also stars Daniel Craig, and which is already garnering high praise from critics, will be available at more than 200 of our AMC locations around the country this Thanksgiving holiday weekend. Given the global appeal of the first movie, we are also excited to announce that it will be available at many of our Odeon locations in Europe as well. We look forward to Glass Onion: A Knives Out Mystery, and we will endeavor to continue working with Netflix on future compelling titles that excite and engage theatrical audiences.”