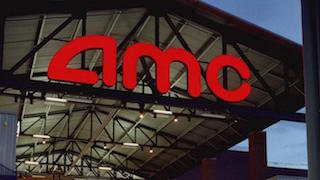 In response to what they say has been impressive guest reaction and the overwhelming success of Dolby Cinema at AMC in its first full year, Dolby Laboratories and AMC Theatres today announced plans to accelerate Dolby Cinema at AMC installations to 100 operational sites by the end of 2017, seven years ahead of the originally announced schedule. The original agreement, reached in 2015, was for 100 auditoriums over a 10-year deployment.

In addition, AMC and Dolby are collaborating on expansion plans to increase the amount of Dolby Cinema at AMC locations beyond the initial 100.

To date, 22 Dolby Cinema at AMC locations are open around the country, earning rave reviews from guests. Eight more locations are currently under construction and approximately 50 are expected to be open by the end of this year.

“The popularity and success of Dolby Cinema at AMC led to its expansion at an accelerated rate, with 22 locations already open and a few dozen more planned for 2016,” said John McDonald, executive vice president, U.S. operations, AMC. “It’s clear that our guests enjoy the premium audio, vibrant contrast and color, and the incredible comfort of the plush, power recliners at Dolby Cinema at AMC, and with this announcement, we’re thrilled that more guests than ever will have access to this incredible experience.”

“Dolby Cinema has clearly become a preferred cinema experience of consumers, and we look forward to offering the best films to more AMC guests with the most spectacular image, immersive sound technologies and inspired design at Dolby Cinema at AMC,” said Doug Darrow, senior vice president, cinema business group, Dolby Laboratories. “Today’s announcement of the expedited expansion of Dolby Cinema at AMC theatres is a direct result of the incredibly enthusiastic responses we have received from consumers nationwide.”

Since its launch in spring of 2015, more than one million Dolby Cinema at AMC moviegoers have experienced Hollywood movies from a variety of genres, including action, drama, science fiction and fantasy. With support from all major Hollywood studios, 50 Dolby Cinema titles have been released or announced.

Dolby Cinema at AMC includes award-winning technologies Dolby Vision and Dolby Atmos. The Dolby Vision laser projection system delivers high dynamic range with enhanced color technology that produces incredible blacks and a contrast ratio that far exceeds any other image technology on the market today. The result is a richer, more detailed viewing experience that delivers strikingly vivid and realistic images that make audiences feel like they are in the movie’s world. Dolby Atmos moves audio around the theatre, even overhead, with amazing richness and depth. The lifelike sounds of music, people and things flow all around the theatre in sync with the action to create a more immersive and moving experience.

AMC Village on the Parkway 9 (Addison)

To find showtimes, upcoming Dolby Cinema at AMC locations and to purchase tickets, visit at www.amctheatres.com/dolby.