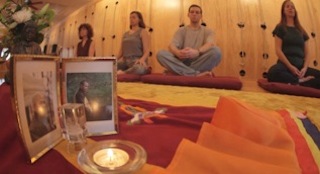 AlphaDogs has completed color correction services for MTV’s True Life: I’m Breaking Up With My Religion.  Executive produced for MTV Networks by Sharon Liese, founder of Herizon Productions and Jon Kroll of Loveable Scoundrels Productions, the show follows three young people who decide to break away from their religions and pursue other doctrines, all for very different reasons.

Color correction for most reality television shows can be challenging due to uncontrolled production environments that typically have less than optimal lighting. What complicates things further is when multiple makes of cameras are used during production.

Curren said, “It’s difficult to get footage from more than one camera to match perfectly.  Creating a uniform look in color correction is essential in these type of situations if you want to avoid delivering a jarring viewing experience to your audiences.”

Curren added, “With the exponential growth of new technologies, traditional post-production workflows of yesterday no longer apply. At AlphaDogs we look beyond the basics of just color and audio services working with clients in carefully examining every aspect of the project to determine what type of workflow is best from both a time and budget perspective.  No two workflows are the same in today’s market and we do whatever it takes to help simplify the process.”

I’m Breaking Up With My Religion was delivered digitally on time and within budget.  Kroll said, “I will continue to use AlphaDogs services because I know I can count on them to fix it in post no matter what happened in production.”

I’m Breaking Up With My Religion
http://www.mtv.com/shows/truelife/true-life-im-breaking-up-with-my-relig...