ACES Gets in the Games 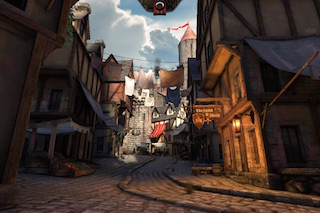 The Motion Picture Academy’s Academy Color Encoding System is now widely used across the movie industry but perhaps surprisingly, it’s also gaining traction in the gaming world. To learn more, Digital Cinema Report recently spoke with Brian Karis at Cary, North Carolina-based Epic Games. The company is known for its industry-leading Unreal Engine, a ground breaking game engine that can be used by other game developers who do not want to develop their own engine.

Digital Cinema Report: Tell us what your role at Epic Games is?

Brian Karis: I'm a senior graphics programmer on the rendering team here at Epic. I work on many different aspects of the renderer.

DCR: What made you decide to incorporate ACES? 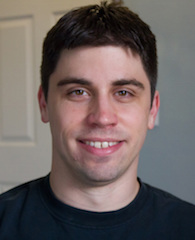 BK: A couple of years ago I tackled changing our tone mapper from a proprietary ad hoc curve with some artist parameters to a new curve that better simulated film response and could be configured to fit a number of different film responses. During that effort I learned a ton about color science and physical film. I also came upon ACES and decided it should be the foundation for our color handling. Right now, we do all rendering in Rec. 709 space but do the grading in ACEScg and then use an Output Transform. I ended up creating a parametric curve that combines the Reference Rendering Transform (RRT) and Output Device Transform (ODT) for 100 nit monitors that allows the artist to get different film stock looks than the ACES standard look but our defaults match ACES. So currently the default tone mapper and color grading in Unreal Engine 4 (UE4) is ACES.

DCR: What advantages do you see in using ACES within a gaming engine?

BK: What advantages there are is a large question but I'll touch on a few things. In my opinion the biggest impact is from doing tone mapping in ACEScg space. Regardless of the curve, that alone makes colors look so much better and more realistic. The specific curve of ACES matches film characteristics but honestly it is just a choice of look amongst many options. Having the RRT and ODT separated is a really good idea and one I wish I had embraced earlier. If I had, I could have had my parametric curve work for HDR displays as well. That now needs a bit of a rethink. Matching a standard that we can load up in Nuke or other packages has proven useful so far and I expect will be ever more useful in the future as UE4 becomes more used by film and VFX companies.

For HDR displays we use the ACES ODTs and disable those controls. I'd like to make that work in the future. We are also interested in adding support for rendering in ACEScg space. I recently engaged with the larger ACES community in helping write a retrospective and suggestions for improvements for future versions.