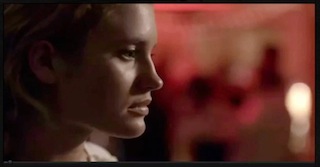 Women in Norway now have the same protections against unwanted sexual advances enjoyed by women in most other Western countries thanks to an award-winning public service advertising campaign conducted by Amnesty International. The group’s No Means No campaign, which last week won a Gold PR Lion at Cannes, (and had previously won a Gold Clio), stirred wide public outrage and eventually prompted the Norwegian government to change laws that defined rape as a sexual assault involving violence or threats, but not simply a lack of consent.

The centerpiece of the campaign is a two-minute public service announcement conceived by Oslo agency Try/Apt and directed by well-known Norwegian film and commercial director Hans Petter Moland (who works in the U.S. through Santa Monica-based Accomplice). The ad centers on a young woman who meets a man at a party. They hit it off and the man entices the woman to join him in an upstairs bedroom. She goes along but becomes increasingly uncomfortable as he presses her for sex. Despite her protests, the man forces himself on her, the encounter quickly turning ugly. To underscore the point about Norwegian rape laws, the girl’s cries of “no” are muted.

The ad had an electric effect on the Norwegian public. A petition connected to the ad quickly attracted tens of thousands of signatures. Having been pressed on the subject of rape by Amnesty International for years, the Norwegian government finally acted and the law was changed. Norwegian women now have a legal right to say “no.” In addition to its Gold Lion, the ad won a Gold Clio Award for Public Relations and has also been honored at several other European advertising competitions.

Moland, who has a long history of working with Try (Moland won his first Gold Lion also partnering with Try founder Kjetil) and had previously directed an equally influential Amnesty International PSA on torture, was unaware of this loophole in Norwegian rape laws. “Like a lot of Norwegians, I assumed the laws were there,” Moland said. “Amnesty brought it to my attention. Their goal was to both strengthen the law and change attitudes.”

The ad was designed to counter common stereotypes about rape and rapists, Moland said. The perpetrator was not a low-life monster, but rather a boy-next-door. “He’s not a violent man, not someone who thinks of himself as a rapist, buts someone used to getting his way,” Moland said. “We wanted to show rape in the context of a situation that many people have found themselves in.

Moland selected his lead actress after an exhaustive search. He came to the conclusion that this young woman, above the other candidates, had the best feel for the piece. He felt confident that she would bring the subtle, nuanced performance that the role required. “It was going to be challenging regardless of who played the part,” he said, “but I thought it would be easier if I was working with someone who came to the piece with the right sensibilities.”

Moland, whose latest feature film The Prize Idiot, starring Stellan Skarsgaard (Pirates of the Caribbean) and Bruno Ganz (Der Untergang), is currently in post-production, says that the PSA does what any good ad should do, it influences the way people think about a particular subject. Moreover, it does so with intelligence and restraint. “I think it is important to be respectful of our fellow human beings when we make commercials; we have to take care about how we talk to each other,” he said. “With everything that I do, commercials and features, I like to engage people. I may not change their minds, but part of the fun and challenge of filmmaking is to get people to view life through different set of glasses.”