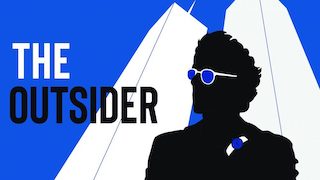 The feature documentary The Outsider will be distributor Abramorama’s first release to premiere on Facebook as a paid online event. The live ticketed premiere screening is scheduled to begin August 19 at 8:00 pm EDT with a ticket price of $ 3.99. The premiere will be introduced by a special guest and followed by a panel discussion. The Facebook live screening event will be followed by nationwide in-person theatrical engagements beginning on August 20 in tandem with a Watch Now @ Home virtual cinema release.

Abramorama partner and COO Karol Martesko-Fenster said, “Ever since our first live programming on Facebook in early 2019, we have been looking forward to premiering a ticketed long form documentary globally on the platform and are thrilled to launch with a film centered around one of the most important historical markers of our century.”

The Outsider reveals for the first time the battle that overwhelmed the team working to curate, construct, and build the National 9/11 Memorial and Museum. The film’s directors Pamela Yoder and Steven Rosenbaum (7 Days in September, Overcome) have spent twenty years archiving and documenting the 9/11 story, and are considered among the world’s foremost archivists and documentarians of the 9/11 story.

The film follows the journey of the museum’s creative director, Michael Shulan, from the day of 9/11 until the opening day in 2014. During the seven years the filmmakers followed the process, they were given unlimited access to the site, closed meetings, and the senior staff. The team began with a shared vision to create a powerful destination that would invite Americans to think deeply about 9/11, its history, and the future of America in the post 9/11 world.  But as pressure mounted, Shulan’s museum faced growing opposition from Alice Greenwald, the museum’s director. The documentary team watched as the conflict grew, and as complex questions that arose out of 9/11 were left unasked.

The Outsider is the inside story of a museum you’ve never seen, and maybe haven’t even heard of. But the National 9/11 Memorial and Museum is the home of America’s painful history, and what’s going to be remembered and what is going to be at the 16-acre site where the towers once stood. The fact that free speech is forbidden at the site creates deep rooted conflict at a museum dedicated to a critical piece of American history.

In a statement the filmmakers said, “When we set out to make this film, we knew our audience would reach around the world. The impact of 9/11 extends beyond borders and the unanswered questions of the attacks on the World Trade Center leaves global citizens hungry for answers. The national 9/11 museum attracts visitors from around the world, and in 2018, the museum reported that 30 percent of their 3.1 million annual visitors were international. That alone told us that we need to reach out beyond the borders of the United States to share this film with as wide a range of audiences as possible.  We’re proud of premiering our film on Facebook, and excited to be Abramorama’s first film  distributed on the Facebook paid online event platform.”

To reserve a ticket and to access the premiere event visit bit.ly/TheOutsiderPremiere