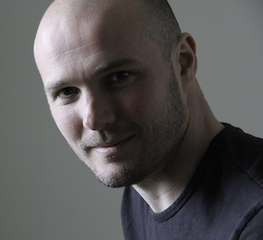 Richard Welsh is co-founder and CEO of Sundog Media Toolkit and he serves on the Board of SMPTE as a Governor for the EMEA, Central and South America Region. In this, the third article in an ongoing series of articles about the cloud, he and I spoke about how the evolving technology is changing the entire cinema business.

Welsh has worked in the cinema industry since 1999. He has been involved in various technology development work during this time, primarily in digital cinema and is named on patents in the area of visual perception of 3D. Welsh founded cloud software company, Sundog Media Toolkit in 2013, which specializes in scalable post-production software tools aimed at high-end broadcast and movie productions.

Prior to Sundog, Welsh worked at Dolby Laboratories where he held various positions including film sound consultant, mastering engineer, and director of digital cinema. Subsequently, he served as head of digital cinema operations at Technicolor, where he managed the teams servicing both Hollywood and independent studio releases and was responsible for cinema mastering, sound mixing, subtitling and distribution technical services in the UK. Welsh has also lectures on media technology, holds a BSc (Hons) in Media Technology and an honorary Doctor of Technology degree from Southampton Solent University.

Here is our conversation, which was conducted by email:

Digital Cinema Report: What are the standards challenges that cloud technology presents to the motion picture industry?

Richard Welsh: The biggest challenges in cloud for media companies at the moment revolve around interchange of content and asset efficiency, particularly when it comes to multiple versions of the same content. These are things SMPTE is tackling head on with Interoperable Master Format, and my view is that it is likely to become the most ubiquitous B2B media format in the future. IMF is obviously not specifically for cloud, but I think it has a very high yield of benefits for cloud media applications.

DCR: At present, how is SMPTE addressing these challenges?

DCR: What advice have you given your company (or customers) regarding using cloud technology? 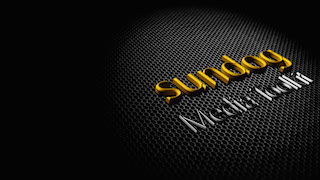 RW: To answer that, I would have to switch gears from SMPTE for a moment, and speak from my own company perspective: Sundog is a 100 percent cloud solution so we see the day-to-day reality of living within that environment, it's mission critical to us. You quickly learn what to pay attention to, and what just works. Most companies and individuals who use any kind of connected device are making significant use of cloud already, whether they realize it or not. IT departments have typically been getting up to speed on specific cloud services for some time. With that in mind, something we do advocate is broadening the skillset of internal engineering departments to include much more in depth IT skills and also specific understanding of cloud technology.

Switching back to SMPTE, this is something that the Society, works toward and there have been a substantial amount of articles in the SMPTE Motion Imaging Journal, along with opportunities for professional development through webcasts and conference sessions on this topic over the last couple of years.

DCR: Understanding that no technology is absolutely secure, and that to-date, cloud technology has a very strong track record as far as security is concerned, what steps can SMPTE take to ensure that this continues?

RW: SMPTE plays an important role here. There are two key areas that SMPTE is active in security that go to the core functions of the Society: standards and education. While SMPTE typically doesn't get involved in defining security standards as such, we do have standards that call on existing security standards as part of an application suite. For instance: asset encryption for digital cinema. It isn't practical for an organization like SMPTE to invent its own encryption methods; rather we work hard to choose robust existing implementations as part of our recommendations. Equally important, we run a wide range of education including lots on security; it's an area of increasing concern in cloud and also with the general move to IP technologies across the media industry. SMPTE webcasts and conference sessions that address security are very well attended. I think its a sign of not only the pertinence of the topic, as well as the value people see in our work in that area.

DCR: How reliable is cloud technology for archival purposes? Put another way, do you consider the cloud to be a safe archival technology? Will motion picture media/data be readily available to content owners in five years? Ten years? Fifty years?

RW: This is where I think it's worth disambiguating cloud and storage media. Cloud, is a method of controlling and accessing standard computer hardware, via virtualization of that hardware resource. It isn't a special new type of hard drive or tape storage, it's built on the same tools used everywhere. I can run something like OpenStack software on off the shelf servers and storage in my garage and legitimately call it cloud.

I think the question here is not one of technology per-se, but how capable is the cloud vendor you choose. There are a myriad of ways to use cloud technology for archival, and it is much more important that the customer understands how their archive works, what underlying storage technology is being used beneath the virtualization layer and what the best way of managing and curating that is.

In terms of whether that data will be available in 5, 10 or 50 years? That's not a problem unique to the media industry - plenty of other much bigger industries have vast repositories of archive data with much higher value per byte already out there in the cloud. This is precisely because they need to be able to access any part of that data rapidly, reliably and securely. If you think the leading providers may all be gone in 10 years time, then don't use them, or at least make sure you have a good exit plan for your data. I think it's unrealistic though to believe that the larger cloud providers may evaporate and take your data with them.