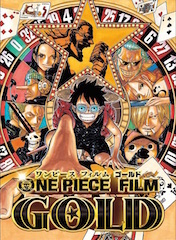 On the first screening day, a moviegoer who experienced the movie in 4DX said, “I’ve been looking forward to watching a 4DX movie for a long time. I was extremely thrilled with 4DX’s motion and environmental effects, perfectly synchronized with the movie scenes so I felt like I was watching the movie in the middle of the sequences.”

With these openings, which happened last month, 4DX says it has solidified its position as the number one 4D brand in Japan, expanding 4DX screens throughout Japan from the northernmost island, Hokkaido, to the southernmost island, Kyushu.

As of today, there are 45 screens in Japan equipped with 4DX, the first and leading 4D cinema technology for feature films. 4DX provides a growing number of Japanese moviegoers with an immersive cinematic experience that utilizes all senses, allowing the audience to connect with movies with motion, vibration, water, wind, snow, lighting, scents, and other special effects that enhance the visuals on-screen.

“We are excited to announce the roll-out of our business with significant partners in Japan. We will concentrate on expanding our 4DX locations in the country and look forward to broadening our business in its cinema industry,” said Byung Hwan Choi, CEO of CJ 4DPlex.

Three 4DX screens were added in Aeon Cinemas, another three in United Cinemas, and one screen in 109 Cinemas in recent weeks.

Aeon Cinemas, Japan’s largest cinema chain, opened 4DX screens at its Natori, Chikushino, and Kyoto Katsuragawa sites on July 22, the latter being the first time this technology was available in the city of Kyoto. During the first weekend, each site recorded successful occupancy rates with the screening, especially; Natori site recorded 91 percent occupancy.

United Cinemas, the largest operator of 4DX screens in Japan, increased its number from 11 to 14 sites, adding locations in Asahikawa, Wakaba and Nagasaki in July. With these openings, United Cinemas now represents 30 percent of all 4DX screens in Japan. 109 Cinemas opened a 4DX theatre at Hiroshima, located in a landmark area near the Hiroshima subway station, last week.

This follows rapid expansion in the Japan cinema industry, with 25 sites opening in 2015, four this April and now seven more in July - with an average of one new screen debuting every two weeks. 4DX plans to continue this growth, and reach 50 Japanese screens by the end of the year.