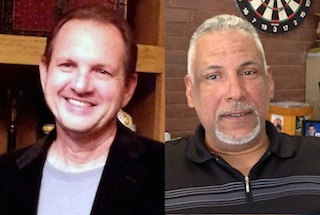 2G Digital, a Burbank post-production facility specializing in digital supply chain services, and DuArt, a New York facility offering comprehensive post-production services for video, digital media and film, have entered into a strategic partnership that will allow both companies to expand their geographic reach and add new services.

Under the agreement, the two companies will work cooperatively to service each other’s clients. 2G Digital clients on the East Coast will now be able to deliver media to DuArt for encoding and distribution to VOD/EST portals such as iTunes, Amazon and Netflix. DuArt, meanwhile, will now be able to provide file-based delivery services to its clients with 2G Digital acting as its fulfillment arm. Additionally, 2G Digital clients will gain access to a variety of other post-production services offered by DuArt, including editorial, color correction and audio. The companies have established a direct, dedicated, high-speed data link that will facilitate the transfer of media between their two facilities.

“It’s a logical fit,” says DuArt vice president of operations Joe Monge. “Both companies gain a national presence and both can now provide services that they did not previously offer. Digital fulfillment is a service our clients increasingly need and this agreement allows us to meet that need with trusted partners who are experts in the field. 2G benefits by being able to service its New York accounts more efficiently, and through access to the sound, grading and finishing services that we specialize in.”

The agreement reflects an evolving post-production industry that is increasingly national and international in scope, and one where delivery schedules are tightening. “We deliver content to iTunes, Google, Netflix, Amazon, Xbox, PlayStation and many other portals where turnaround time is critical,” says 2G Digital COO Stephen Buchsbaum. “Having an outpost on the East Coast will make things quicker and more efficient for our clients there.”

One of the industry’s oldest and most successful independent providers of post-production services, DuArt has grown and diversified considerably in recent years. Its facility on West 55th Street in Manhattan features a total of 77 production offices, edit bays and audio production rooms. Its state-of-the-art DI color grading theatre has been upgraded with Barco's newest 4K projector. The company plans to add another 21 edit bays by summer.

“DuArt has always aspired to be an all-in-one house,” says Monge. “We want to be sure that when a client comes here with a project, we can deliver 99-percent of what they require. That made our decision to partner with 2G an easy one.”

2G Digital, too, has been operating in an expansion mode. It’s been beefing up its resources for mastering, transcoding, encoding and delivery, while implementing improvements in automated, high capacity workflows. “This is just the beginning for 2G,” says Buchsbaum. “We’re moving and growing in a lot of new ways. We’re excited to team with DuArt. As one of New York’s oldest facilities, they have strong relationships and a great reputation—they are the real deal.”