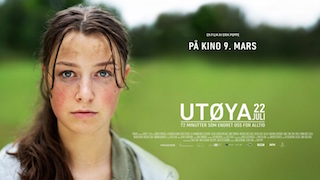 Éclair today announced the successful deployment of ÉclairBox content delivery in Denmark through Nordisk Film. The company credited Divo Post Production with supporting the delivery. Plans to further expand theatrical services across Scandinavia have been finalized. The announcement was made during the 2018 edition of the Norwegian International Film Festival Haugesund.

“As of today, with Éclair’s technical intervention, the ÉclairBox network is fully developed in Denmark, meaning that cinemas across the country can now be virtually connected to receive feature film and trailer DCPs [digital cinema packages] from us in a cost-effective and efficient manner,” said Pascal Mogavero, Éclair senior vice president. “Out of 177 cinemas in Denmark, 169 are now connected to the network. We would like to sincerely thank Nordisk Film for their trust in our expertise. Partnering with this leader in Scandinavian entertainment has been key to the rapid adoption of our solution. Our deployment in the country was made possible thanks to our close collaboration with our local partner, Divo Post Production, which has supported us since the early days of this project.”

“Both Nordisk Cinemas and Nordisk Distribution are very impressed with Éclair’s achievement in Denmark,” said Jan Rasmussen, head of screen technology at Nordisk Film. “The content is delivered securely and on-time, and Éclair's technical expertise ensures maximum efficiency. We have entrusted them for close to a year now with many of our Danish titles, including U – July 22 and The Way to Mandalay, which were efficiently delivered to our entire cinema circuit across the country. Well on their way to becoming a key player in theatrical delivery in the region, we will continue to support Éclair’s deployment throughout Scandinavia.”

“We are thrilled with the alliance we have built with Éclair in Denmark,” said Jesper Smidt, director at Divo Post Production. “Several of our partners have now joined Éclair’s network, including exhibitors and distributors such as Scanbox Entertainment and Camera Film. The whole network was deployed in just a matter of weeks. With most Danish exhibitors now using ÉclairBox, we are very optimistic about the imminent expansion of the Éclair theatrical delivery solution in the region.”

ÉclairBox enables content download for cinema exhibitors via broadband network. Any cinema can be equipped with available options that best suit its needs for a customized, fully secured download solution. ÉclairBox can be automatically connected to a theatre management system and library management system) in order to ingest digital cinema packages for all screens. It is fully compatible with ÉclairPlay, the new content platform for exhibitors, distributors and content owners. Today, more than 3,400 cinemas are connected to Éclair's content delivery network across North America, Europe, and Australia.